Thursday, July 7
You are at:Home»News»Sarawak’s first international school to be ready by 2021 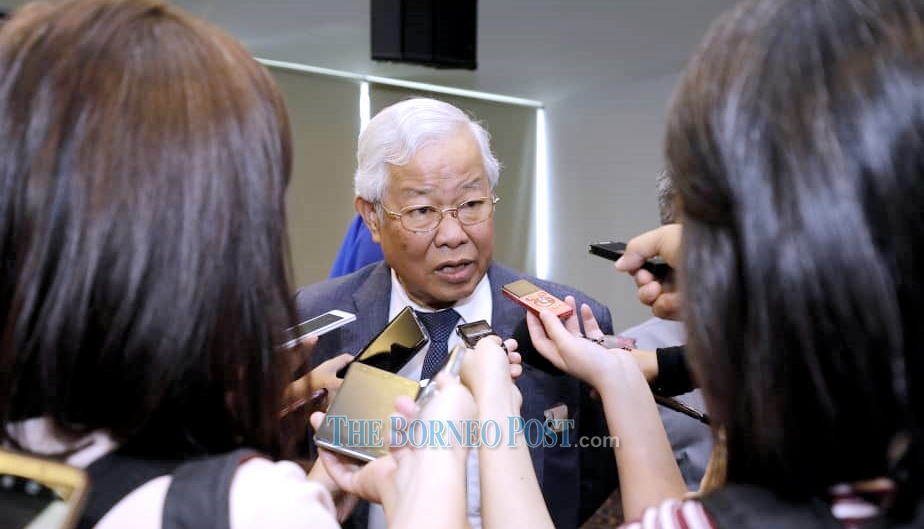 Manyin (pictured) said the construction of the school is expected to commence next year under the 12th Malaysia Plan. Photo by Chimon Upon

KUCHING: The first state-owned international school proposed at Mile 12 near the Centre for Modern Management (CMM) Penrissen Road here can be expected to be operational by 2021.

Minister of Education, Science and Technological Research Dato Sri Michael Manyin Jawong said the construction of the school is expected to commence next year under the 12th Malaysia Plan (12MP).

“We have a total of five international schools which have already been approved by the (State) Cabinet. The sites have also been approved by the Cabinet and the State Planning Authority (SPA),” he said when met by journalists after attending a function at Pullman Hotel here today.

Four other state-owned international schools are proposed in Miri, Bintulu, Sibu and Kota Samarahan – next to the Medical Heart Centre.

According to Manyin, each school will have a capacity of 100 students and will be constructed at an estimated cost of RM60 million.

“100 students means only four classes. So for the first year of operation, we will only have one school.

“We will build five (schools) more or less at the same time but we don’t want to operate five at the same time. All these five international schools will have hostels, to cater to bright rural students,” he said.

He stressed that these state-owned international schools are the brain child of Chief Minister Datuk Patinggi Abang Johari Tun Openg to benefit the B40 group, irrespective of race.

He said the Sarawak government is in the midst of applying for licenses from Putrajaya.

He revealed that a company with an initial capital of RM1 million had been set up for the purpose of transferring the land of the five sites to the company.

He added that the next step would be appointing a chief executive officer to the company, disclosed as Sanjung Sdn Bhd and 100 per cent owned by Yayasan Sarawak.

On the international schools, Manyin said students could pay tuition fees according to their ability.

“The selection will be done together with the headmasters of the primary schools, based on UPSR (results). Rural students scoring 2As can be equivalent to 5As (scored by their counterparts in town) because of the facilities,” he said.

On the syllabus, he said his ministry had made a trip to the United Kingdom early this year for this purpose.

He said the state delegation had a discussion at the Cambridge Assessment Testing Centre in February.

“The details I still do not know but we have discussed with them (Cambridge), that we are going to use IGCSE (International General Certificate of Secondary Education), which is recognised throughout the world,” added Manyin.