Saturday, August 15
You are at:Home»News»Petronas will go to court with Sarawak govt over state sales tax 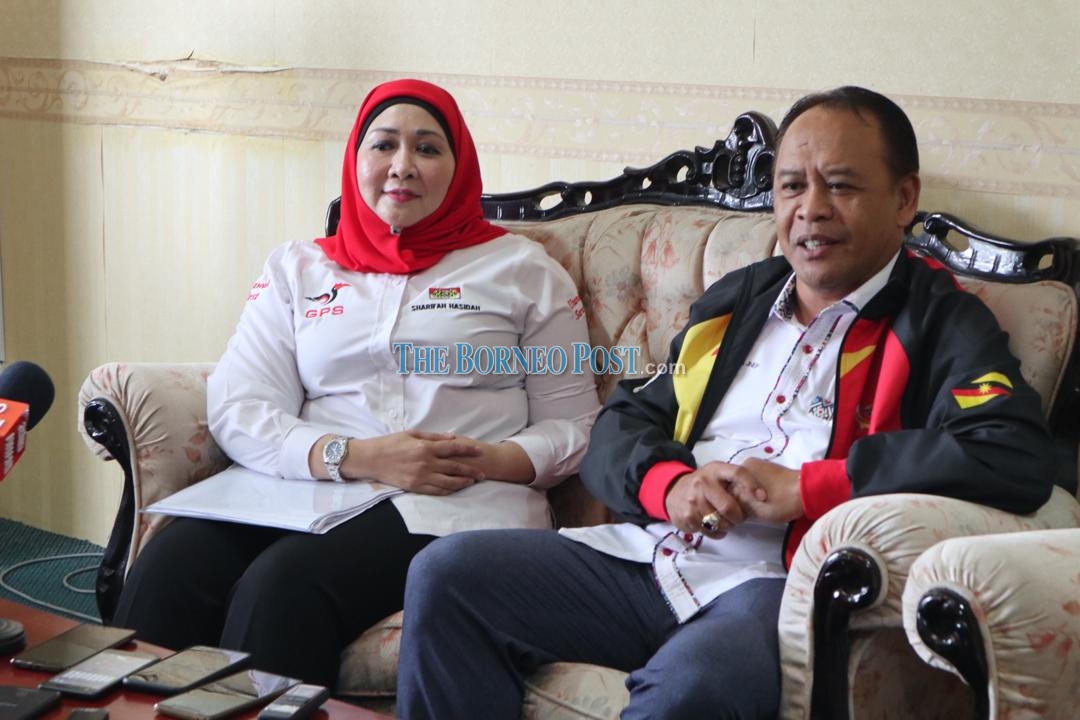 Sharifah Hasidah (left) and Henry Jinep speaking to members of the media during a press conference earlier today.

KUCHING: Datuk Sharifah Hasidah Sayeed Aman Ghazali has confirmed that Petronas is challenging the suit by the Sarawak government regarding the state sales tax on petroleum products owed by Petronas to Sarawak.

The Assistant Minister in the Chief Minister’s Department (Law, State-Federal Relations and Project Monitoring) said that Petronas had filed an entry of appearance and subsequently filed their statement of defence yesterday.

“Petronas has responded (to the suit) by entering appearance and have filed in their statement of defence yesterday. So the matter will be brought to court, so now we wait for the court to fix the date,” Sharifah Hasidah told a press conference today after speaking at an ‘Intellectual Discourse for Bau District’ at the Bau Civic Centre organised by Tasik Biru assemblyman Datuk Henry Harry Jinep.

She also expressed her confidence that Sarawak could win the suit, as Sarawak had “a very good case and very strong case”.

“We have the State Sales Tax Ordinance 1998 that clearly gives us the right to impose tax on commodities, so the state government decided to impose the five per cent state sales tax on petroleum products,” Sharifah Hasidah said.

She did not mention the amount being sought from the national oil company.

The five per cent state sales tax was imposed on Jan 1 this year, and it is said that Petronas is the only oil and gas company operating in the state which has not paid the sales tax.

On Nov 21, a writ of summons and statement of claimed were filed by the Comptroller of State Sales Tax and the Sarawak government against Petronas at the High Court registry.

Previous ArticleIndependence referendum for Sarawak focal point of STAR agenda in state election, says Soo
Next Article CM: RM500 special assistance to be given only to federal civil servants working in Sarawak