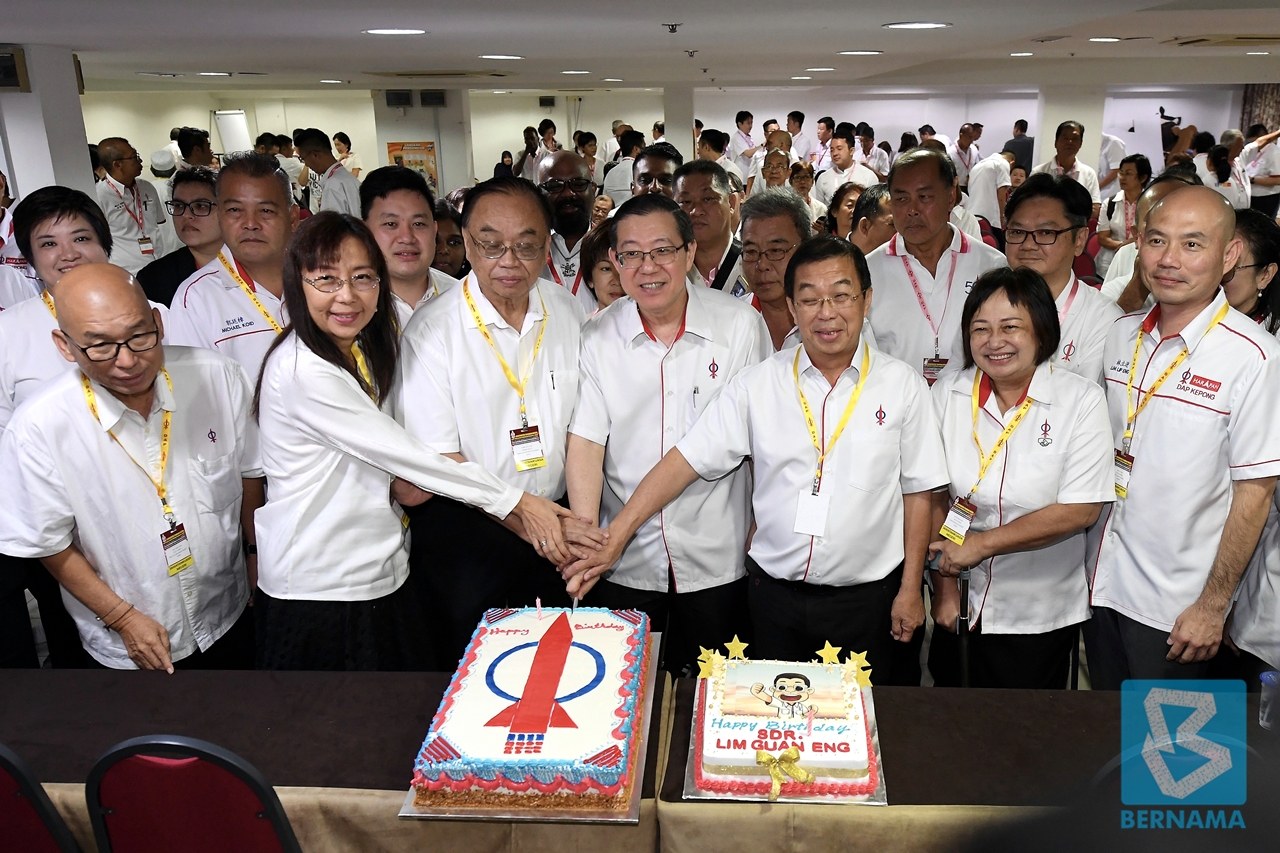 KUALA LUMPUR: About 60 per cent of the pledges made by the Pakatan Harapan (PH) during the 14th general election (GE14) have been fulfilled, said Finance Minister Lim Guan Eng.

Lim, who is also DAP secretary-general said, for now the people should give the PH government time to resolve the country’s financial problems and stabilise the economy.

“Reforms take time. After 60 years of rule by the previous government its impossible to make changes in three or four years. We need to reassure the people that we have not forgotten the promises we’ve made to them.

“We must remember that the 1MDB led to the collapse of the previous government…we need time and will not away run from our problems but we will address the financial difficulties and solve them,” he said at the opening of the 2019 Kuala Lumpur Federal Territories DAP Convention here today.

“He (Omar) has lied, that the DAP had registered phantom voters from China and India. Can he show proof? This is evil as the statement is to incite hatred among the people.

“It is a false statement and I urge the people nationwide, to lodge a police report so that action will be taken against such a person,” he said.

Yesterday, Omar during a debate at the 2019 Umno General Assembly alleged that the DAP had registered 95 per cent of Chinese and Indian tourists, who did not leave the country as recorded in the 2018 Auditor-General’s Report, as GE14 voters.

Lim said police reports must be lodged nationwide to denounce the baseless and defamatory  allegations.

He said DAP leaders and members should take the effort to go down to the ground to explain the government’s initiatives so that the people would get their perception right.

“The opposition enjoy manipulating the people to make them hate the DAP and PH. They do not want us to represent all races, they want to divide us.

“This is the time for us to defend the DAP, PH, racial and religious harmony, show our loyalty and clarify to the people the government’s initiatives,” he said.

Later when met by reporters Lim denied claims that he had anything to do with the former Communist Party of Malaya (CPM) leader Chin Peng.

“They also want to spread the word that I am a family member, Teresa Kok (Seputeh MP) too is a family member … we are not related to Chin Peng …We have different family names so how are we related? he added.

During the convention, the 107 delegates gave Lim a surprise party to celebrate his 59th birthday. – Bernama