Tuesday, January 21
You are at:Home»News»Sabah»90% HIV patients in Sabah infected through sex – Poon 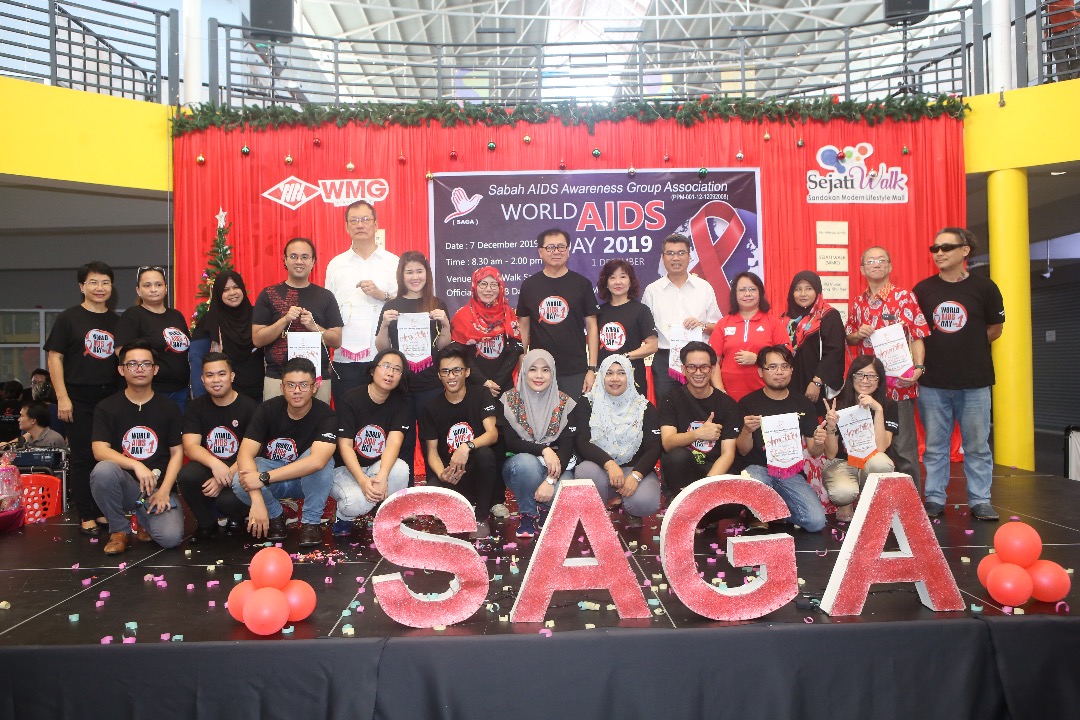 Poon with the organising committee and other guests at the launch of World Aids Day yesterday.

SANDAKAN: About 90 percent of HIV patients in Sabah were infected with the virus through sex, and 60 percent of them are aged 20 to 40, which is why it is important for the youth in Sabah to have the awareness on the dangers of HIV, said Minister of Health and People’s Wellbeing, Datuk Frankie Poon Ming Fung.

He also said that two-thirds of the HIV patients in Sabah are men.

“Learn how HIV could be spread and how to protect ourselves from getting infected,” he said when launching World Aids Day that was organised by the Sabah Aids Awareness Group Association (SAGA) at Sejati Walk mile 7 here, yesterday.

“I admit that it is not easy to be open about HIV and AIDS, and build a narrative about sex education and ways to avoid HIV in our community.

“(However) all the facilities that are prepared by the Government would not be utilised to its fullest if the people are lack of awareness on the importance of early detection of HIV because early treatment could save lives.

“The Government has indeed allocated a big sum of spending to support programmes to curb HIV. The Government is committed in providing the best service to the people; Health Ministry ensures that the HIV treatments are available in all Government medical facilities, with HIV screening available in all health clinics as well as community clinics,” Poon said.

He stressed three important matters that could save lives – early screening, knowing status, as well as getting treated.

“HIV is like other chronic illnesses like Diabetes and Hypertension in which patients would be able to enjoy living normally if they are on the right medication,” he said.

Poon congratulated SAGA for their commitment in organising the event annually for 11 years, and said he hoped the programme would increase the awareness of the community on HIV/AIDS.

The World Aids Day programme this year is celebrated with the theme ‘Communities Making the Difference’.

Various activities were conducted during the programme including Christmas Fashion Show, Windmill Colouring Contest, as well as singing and dancing shows.

Poon also thanked SAGA for its commitment to help the Government narrow the gap that is stopping the patients from getting medical treatment through the SAGA Health Access Programme (SHAPE).

SHAPE programme that was launched last year has benefited HIV patients in the interior areas of Sabah.

“I understand the socio-economy obstacle that is stopping the HIV patients from rural areas to get treated. I also understand those who are from poor families may have difficulty to have access to HIV treatment.

“I will be committed and work hard to help the community to increase their awareness as well as ensuring that those living in rural areas would also have access to proper medical treatment,” he added.