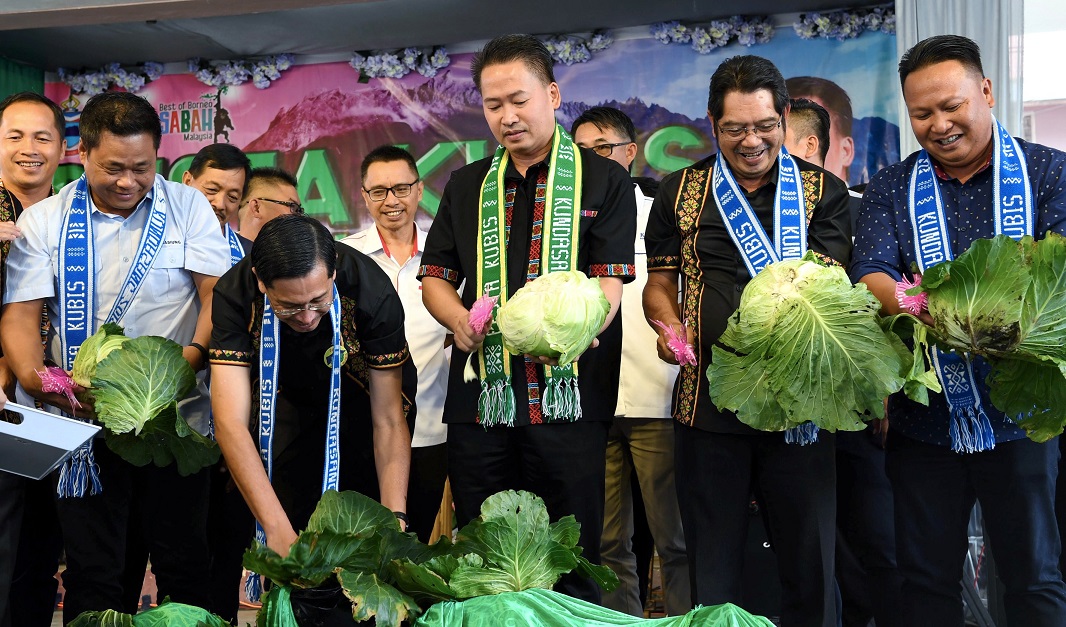 He said the Cabbage Festival here had been organised since 1997 and it was high time it was raised and recognised as a festival and entered into the state tourism calendar.

“There are numerous requests specifically from local residents for it to be entered into the Sabah Tourism Calendar. As such, I will express this aspiration to the Sabah Tourism, Culture and Environment Minister Datuk Christina Liew.

“This place can be promoted among tourists and boost the economy of the people in the district after it (Cabbage Festival) is entered into the Sabah Tourism Calendar,” he told reporters after launching the 2019 Cabbage Festival here yesterday.

Kundasang is renowned for highland farming in Sabah and is popular for its cabbages.

The popularity of its vegetables among residents in the district and elsewhere prompted the local authorities to organise the Cabbage Festival every year.

Commenting further, Peter said the Cabbage Festival not only appreciated the contributions of the farmers and prompting them to work harder to boost their products, but was also capable of becoming an attraction to foreign tourists to visit Sabah especially Kundasang and Ranau.

Meanwhile, commenting on the water problems in Kundasang, he said a plant was under construction in the area which was expected to be completed in two years.

“To overcome the problem, I hope the village residents will obtain their source of water from the plant when it is completed,” he added. – Bernama