Tuesday, January 21
You are at:Home»News»Sabah»CM has approved land for Duchess of Kent Hospital parking 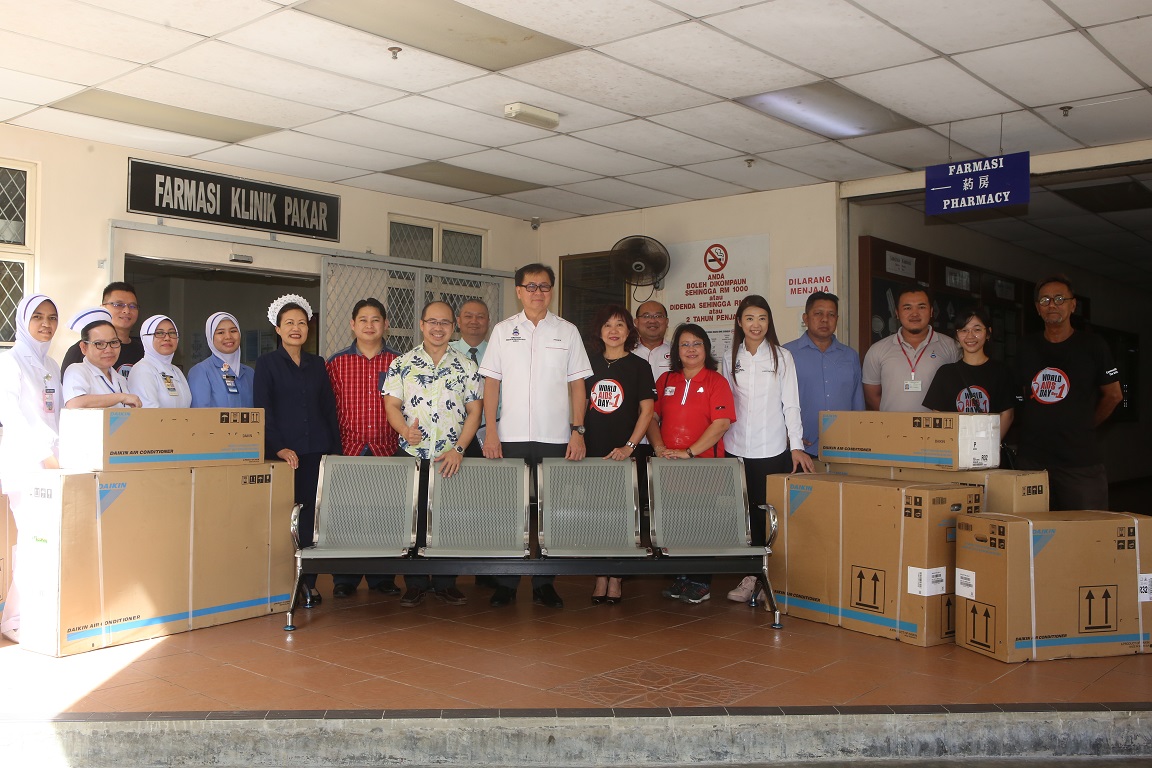 Poon (centre) during the handover of 91 sets of four-seater chairs, and 14 units of air conditioners to Duchess of Kent Hospital (HDOK) yesterday.

Poon said that while the proposal had been approved by the Chief Minister, the allocation had yet to be received.      However, Poon is confident that the project to construct the parking lot will begin early next year.

The piece of land that will be used is currently utilised as a sports area.

HDOK has been facing lack of parking space problems for years after the increasing number of patients seeking treatment at the hospital.

Poon said that his ministry was trying its best to fulfil the needs of the people, particularly to solve problems faced by the patients and the hospital here.

He said this at a press conference at HDOK here after he gave out 91 sets of four-seater chairs, and 14 units of air conditioners for the hospital.

“This is part of our efforts to solve the primary issues faced by the hospital,” he said.

Meanwhile, Poon said that relevant Non-Government Organisations could play a role in assisting the Health Department of Sabah by contacting its Director, Datuk Dr. Christina Rundi or other relevant personnel.

“There are a lot of things that NGOs could do to help. Please ask the Health Department how you could play a role, so that together, we could achieve the same target which is to do good and serve the people,” he added.

Also present during Poon’s visit to the hospital were Datuk Dr. Christina Rundi and Director of HDOK, Dr Francis Paul.