Saturday, January 25
You are at:Home»Business»BizHive»Market in a bearish trend correction 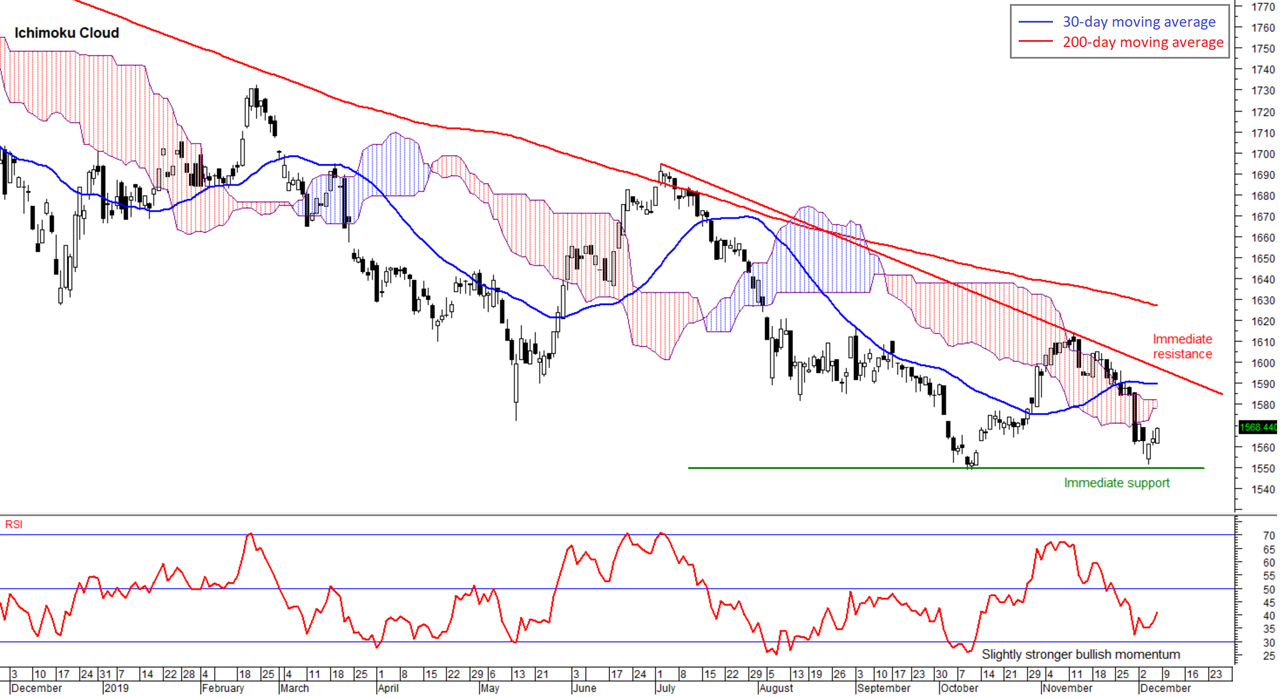 The market slightly rebounded last week after a steep decline two weeks ago. The rebound was supported by plantation stocks in the FBM KLCI. Plantation counters were boosted by palm oil prices, which has risen 32 per cent in month.

However, finance stocks continued to weigh the index down. Furthermore, rebounds in the regional market provided some boost in confidence. The benchmark FBM KLCI increased only 0.4 per cent in a week to 1,568.44 points last Friday.

Trading volume fell as last week. The average daily trading volume in the past one week was at 2.5 billion shares as compared to 2.8 billion in the previous week.

The average daily trading value, however, fell to RM1.7 billion from RM2.3 billion in the previous week. Lower capped counters, which are normally traded by retail participants rather than institutions, continued to be the focus.

Global market performance was mixed last week. Most of Asian market indices closed slightly higher. The US and European markets closed mostly lower. The FBM KLCI is in line with the Asian market.

US dollar weakened against major currencies. The US dollar Index declined to 97.7 points last Friday from 98.3 points two weeks ago.

The Malaysian ringgit strengthened against the US dollar at RM4.16 per US dollar last Friday as compared to RM4.18 in the previous week.

In the commodities markets, gold remained directionless. COMEX Gold futures fell 0.6 per cent in a week to US$1,464.55 an ounce last Friday.

However, Brent crude increased 3.1 per cent to US$64.39 per barrel, the highest in nearly three months. In the local market, crude palm oil (BMD) rose to a fresh two-year high, increasing four per cent in a week to RM2,855 per metric ton last Friday.

Technically, the FBM KLCI remained bearish below the short term 30-day moving average despite staging a rebound. The index is also below the Ichimoku Cloud indicator and this also indicates that the trend is bearish.

Momentum indicators like the RSI and Momentum Oscillator are rebounding below their mid-levels and this indicates a weak bearish trend momentum. However, the MACD remained below its moving average. This indicates that the market is in a bearish trend correction.

The FBM KLCI is expected to stage a technical rebound if it can stay above the immediate support level at 1,550 points.

The index may test the resistance level at 1,585 points and if it fails to break above this level, the bearish trend may continue and the index can fall lower than 1,550 points.

Global markets indices and commodities performances as at December 6, 2019

Previous ArticleAsk, and we will answer
Next Article Another milestone: Stephanie shines at Asian meet