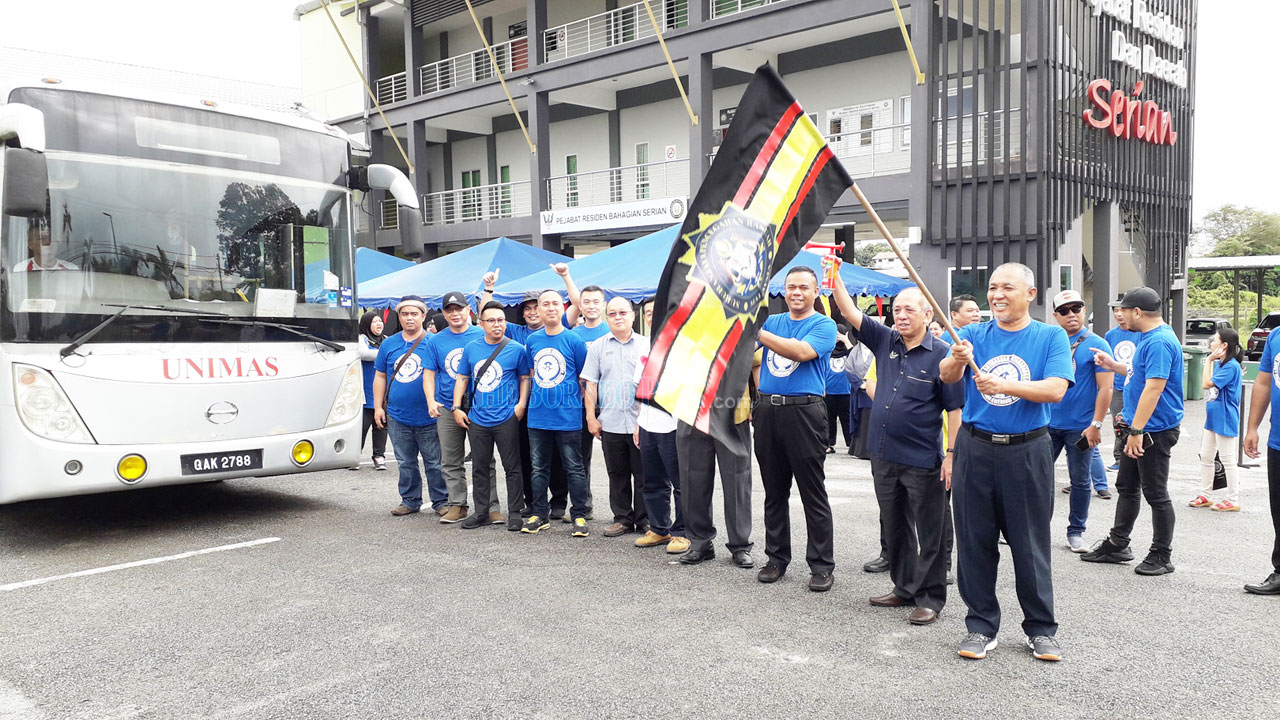 Razim waves the MACC flag to kick off the ‘Anti-Corruption Monitoring Walkabout’ in Serian.

MACC Sarawak director Razim Mohd Noor regards the open-tender system as the best way to have mega projects implemented, adding that this is what MACC has always been suggesting.

“When any project is awarded based open tender, it would ward off the corruption elements. It is a good move.

“Open tender also assures transparency. By using open tender, the Sarawak government has eroded ‘hanky panky’ in giving away tenders,” he said at the launch of state-level International Anti-Corruption Day 2019 at the Resident’s Office here yesterday.

Razim also noted that the new federal government had also begun to use open tender to get contractors implement all the federal-funded projects.

He said it was good that both the Sarawak government and federal government were doing this, which should put an end to any perception of corruption.

“Although not in the same alliance, both GPS-led (Sarawak) government and Pakatan Harapan-led (federal) government are moving in parallel direction, in terms of putting an end to corruption,” he said.

It is reported that the Sarawak government is planning to build about nine bridges across the major rivers in the state, which would provide the ‘missing’ links along the existing Sarawak Coastal Road network, spanning 896km from the south to the northern region of the state.

Among these rivers are Batang Igan and Batang Lupar.

Previous ArticleMACC to place personnel at MB and CM’s offices
Next Article MPKKP void under FC, illegal under State ordinances