Wednesday, October 20
You are at:Home»News»Crime»GOF seizes contraband cigarettes worth over RM1 mln from warehouse in Batu Kitang 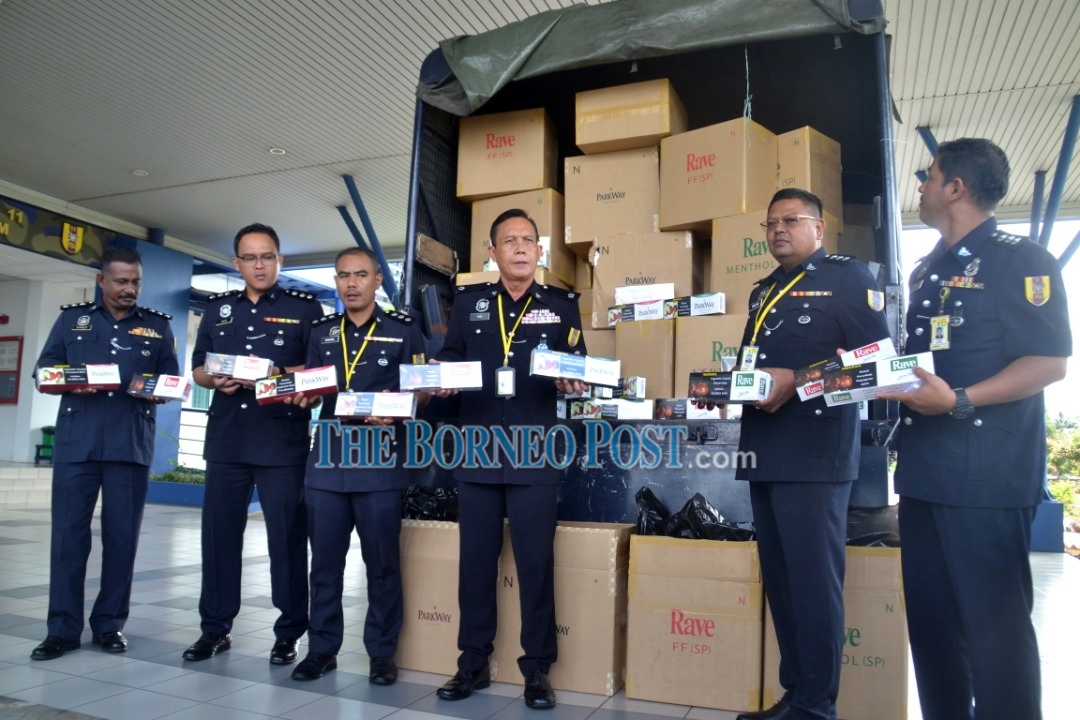 Speaking at a press conference today, 11th Battalion GOF assistant commanding officer DSP Kinsi Bilu said the cigarettes were found inside a locked warehouse in Batu Kitang during an operation dubbed ‘Ops Libas’ that commenced at around 2pm.

“Acting out of information received, our team alongside two Malaysian Anti Corruption Commission (MACC) officers proceeded to raid the premises by breaking the locks.

“Upon inspection, we found 7, 650 cartons of contraband cigarettes worth RM 1.453 million. We believe the owner of the premises have fled the area upon knowing the presence of the authorities,” he added.

Kinsi believed that the contraband cigarettes were brought in from a neighbouring country and would then be distributed here.

The case was handed over to Padawan district police and is currently being investigated under Section 135 (1) of Customs Act 1967.