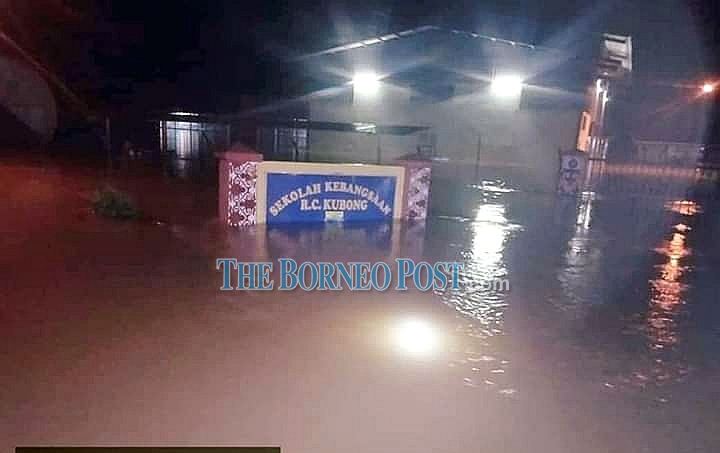 The water level at SK RC Kubong was 0.4 metres as of 8am today.

LIMBANG: The low-lying areas in Limbang and Lawas were flooded today following heavy rain on Sunday afternoon which cause the water-level there to rise .

According to State Disaster Management Committee (JPBN) secretariat spokesman Major (rtd) Ismail Mahedin, the water level at SK RC Kubong was at 0.4 metres as of 8am today.

“Periodic heavy rain over several hours, particularly in the afternoon has caused SK RC Kubong compound to be flooded as water had overflown from the nearby river, “ he said.

Sarawak Drainage and Irrigation Department issued a warning level alert at 7am today after the water level at Ukong Monitoring had risen to 5.93 metres.

In Lawas, the village of Minister of Works Baru Bian’s town house, has been hit by flood again, where the road and compound of the villages there were flooded since 3pm.

Despite that, JPBN secretariat said the flooding situation is still under control but advised those affected to be on alert and take extra precaution.

“The local community is advised to be on alert of the rising water level and we urged them to report to the authorities if the water level continues to rise, “ he said.

The JPBN secretariat said the authorities are closing monitoring the flood in the areas and keeping a close eye on the water level of Trusan River.