Saturday, May 15
You are at:Home»News»Sarawak»Participants praised for supporting Press Metal Santa Run 2019 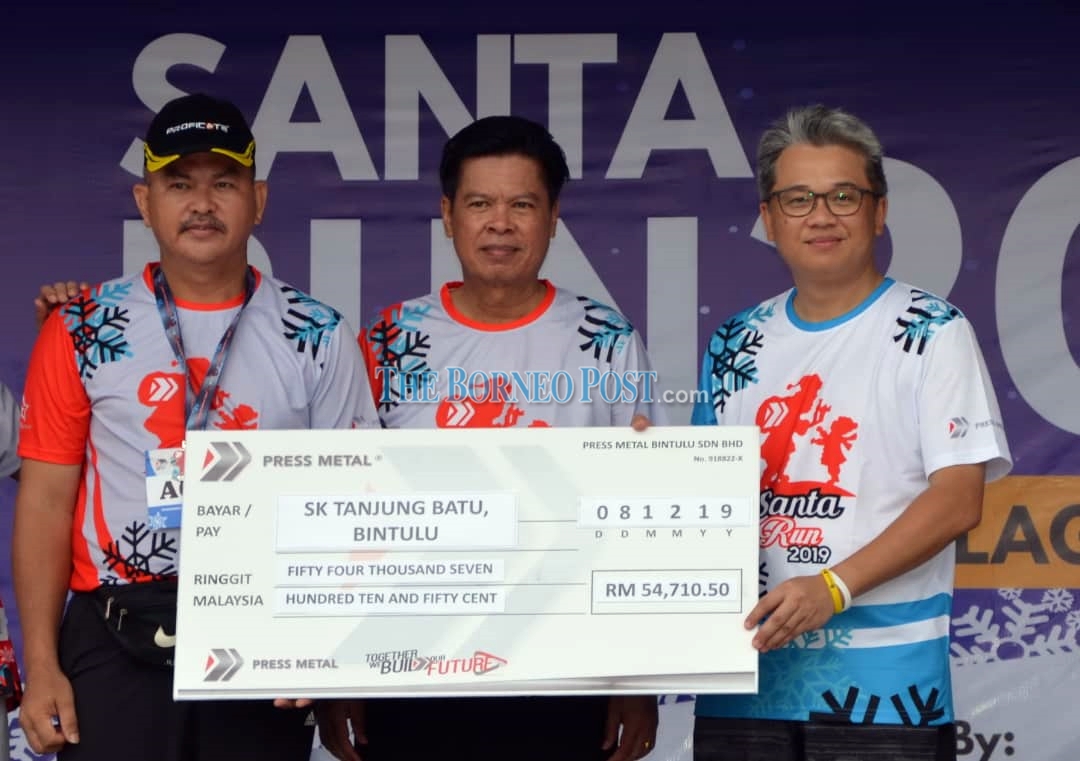 BINTULU: Participants of Press Metal Santa Run 2019 have been praised for their strong support to the charity event.

Samalaju assemblyman Majang Renggi said he was delighted to see a big crowd of over 1,000 runners turning up for the event at Samalaju Industrial Park (SIP) yesterday.

“I am proud to say that despite this Sunday morning, the participants still bring their families to support this event; at the same time, contributing to the needy folk,” he said in officiating at the closing / prize giving ceremony.

Majang believed that such strong support would encourage companies in SIP, particularly Press Metal, to run more social activities meant to help the unfortunate groups in the community.

“Even during the closing date, lots of participants still wanted to join; so we had to extend our deadline.

“The reason why we carry out this charity event is to promote a healthy lifestyle, work-life balance and also to contribute back to the communities,” he said.

Among the sideline activities held were a children’s colouring contest, big bike autoshow, a food carnival, games for children and lucky draws.

Bintulu District Education Office (PPD), SK Tanjung Batu in Bintulu, SMK St Patrick in Mukah and SK Parish in Balingian are the beneficiaries of the proceeds deriving from the run.

“On behalf of SK Tanjung Batu and PPD Bintulu, we feel honoured to have been selected as among the beneficiaries,” he said.