Tuesday, October 19
You are at:Home»News»Registration open for Kuching Run for Autism 2020 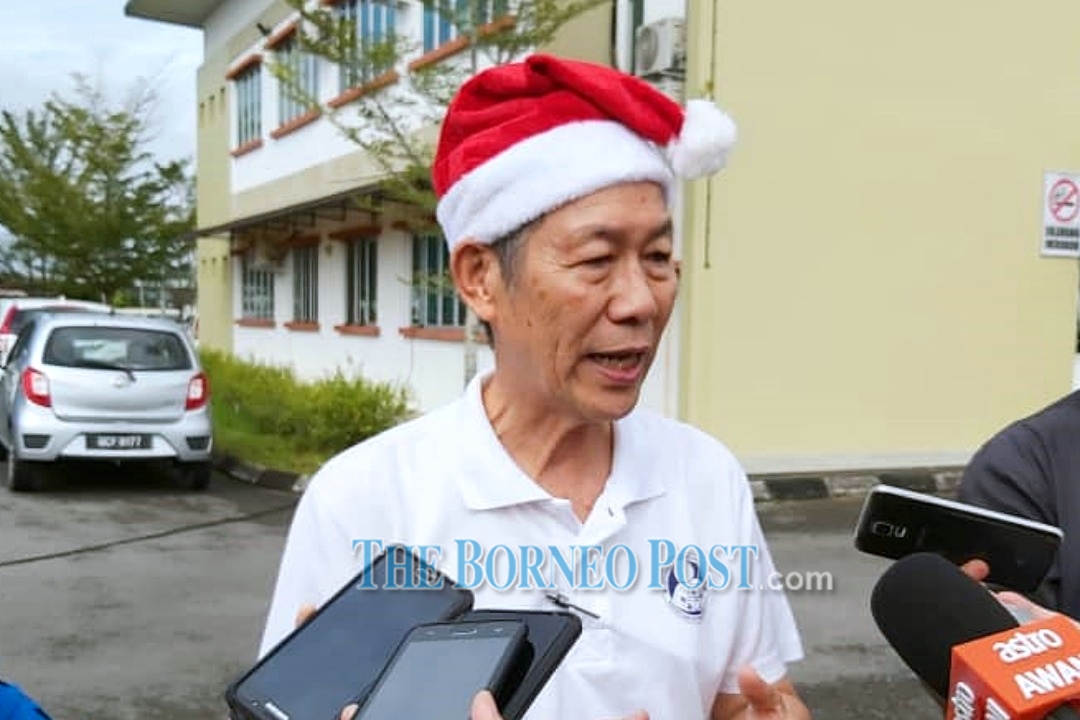 The KAA Training Centre currently has 121 students ages between three and 37 years old.

KUCHING: The Kuching Autistic Association (KAA) is now opening registration for its fifth Kuching Run for Autism 2020 to be held in March, next year at the Kuching Amphitheatre.

KAA president Datuk Dr Yao Sik Chi said registration is open to the public, and can be made at KAA Roadshow currently ongoing in the Boulevard Shopping Mall, Ultron Outlet at CityONE Megamall and RevRun at Green Heights Mall, or online at autism20.eventrunner.com.my.

Dr Yao hoped that KAA would be able to raise funds from the run so that it would be able to build a new proposed RM3.5 million three-storey building at KAA compound to house the growing number of its students.

“We are in the process of trying to build another block here, a three-storey building – to house students ages 13 years and above.

“At the moment they are all housed in the one hostel building here, and the space is not adequate,” he was speaking to reporters after the Love In A Box charity event joint-organised by the Sarawak Economic Development Corporation (SEDC) at KAA Centre at Jalan Desa Wira, here, this morning.

The closing date for registration is January 31, next year.

There will be two categories – 3km and 7km. Fees would be RM60 for a complete package which would include a T-shirt, a medal and a bib; RM40 for a T-shirt and a bib; and RM30 for a bib and a medal.

The KAA Training Centre currently has 121 students aged between three and 37 years old.

On top of that, Dr Yao said KAA has been constantly raising funds to subsidise the training fee of its autistic students.

He said the actual operating cost to train a student at the centre was about RM850 per month, but they only had to pay between RM200 and RM400 per month per student.

“So the collection of training fee is not enough to cover the operating cost. Our deficit per year is about RM600,000,” he revealed.

Dr Yao said the operating cost was considered high because the KAA Centre is practicing Applied Behaviour Analysis (ABA) when training its students, which requires one teacher per student.

“Because autistic children in the beginning are very restless and they cannot sit still, they are hyperactive. So we must have a method how we can slowly calm them down.

“For example we have occupational therapy and gym here, so they learn to calm down, and when they can calm down and sit still they would be able to learn,” he said.

After a few months of ABA, for seven-year-old students KAA would encourage their parents to enroll their autistic children to schools with facilities or special education classes for autistic students, said Dr Yao.

At the same time, he said students can also continue to go for training at the KAA Centre after school period.

“We cannot raise the fee higher because there are many parents having financial difficulties. RM850 per month is quite a big sum of money. That’s where we depend on charity from the community to help us subsidise the fee,” he said.

For students ages 18 and above, those who are able to do work outside would be offered vocational training at the centre.

“So they make things to be sold. Painting for example, if we sell one painting for RM1,000 we will pay back to the student artist 30 per cent from the proceeds.

“We pay the students for their work as a way to encourage them and give them self esteem, where they produce work and get paid for it,” he said.

Dr Yao said KAA had established a gallery displaying the artwork and even crafts produced by the students at Hilton Hotel lobby all this while, and was thankful to the hotel management for providing the space to KAA.

“However the hotel will be carrying out major renovations to the lobby where our gallery is, so we have to relocate the gallery back to our centre here,” he said.

Dr Yao hoped that all the fund raising activities organised by KAA would create awareness among the public on children and even young adults with autism, and lend them a helping hand.

He also thanked the private sector, the government and non-governmental organisations (NGOs) for their generous contributions to KAA all this while, which had enabled the association to pay for the deficit incurred by the training centre every year.

“Let us see the ability of the children, not just their odd behaviour,” he said.

Previous ArticleLau: Niosh to bring B40 Capacity Building Programme to Sabah, Sarawak next year
Next Article Anifah to file application for revision of Federal Court’s ruling on Kimanis seat