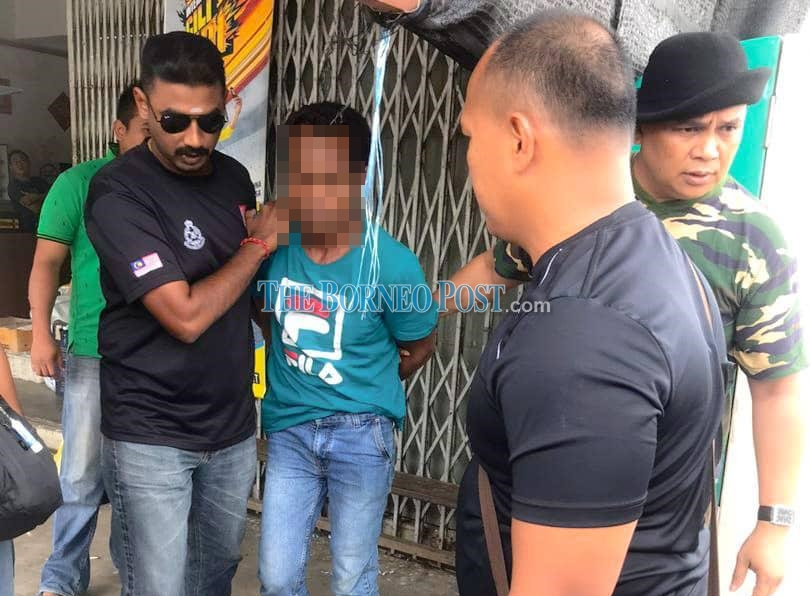 The suspect was arrested by police personnel at Balai Ringit market this morning.

KUCHING: A 42-year-old foreign national was arrested in connection with the murder of a man whose body was found by villagers near a farmhouse in an oil palm plantation at Kampung Abit, Serian on Dec 5.

In confirming the arrest, Serian police chief DSP Aswandy Anis said the suspect, who is from Lombok Island in Indonesia, was arrested at Balai Ringin market around 11.45am this morning.

He added that the suspect did not have any valid travel documents.

Following initial investigations. Aswandy said the suspect led the police to the scene of the incident and showed the weapon used by him.

He also thanked members of public who had provided information that led to the arrest of the suspect.

Aswandy, had on Dec 6, said the deceased was believed to be an Indonesian, based on the contents of a sling bag that was found about 10 metres away from where the body was found.