Tuesday, May 11
You are at:Home»News»Sarawak»Time to monitor prices of sugar AP holders’ products, says Tan Kai 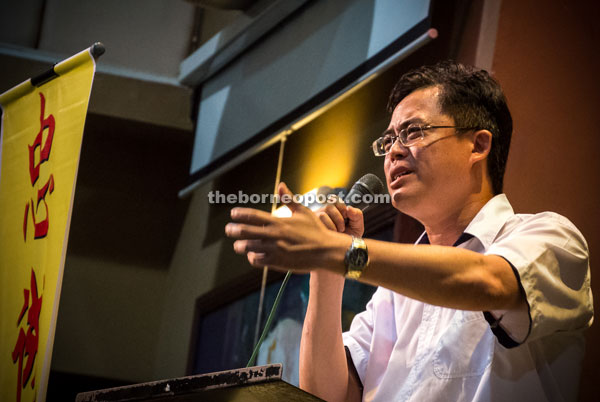 KUCHING: A political secretary to the Chief Minister says it is time for the people to monitor the prices of products manufactured by the Approved Permit (AP) holders for importation of sugar in the state, following the release of their names.

Tan Kai said the purpose of approving the sugar import AP, as stated by Domestic Trade and Consumer Affairs Deputy Minister Chong Chieng Jen, was to reduce the cost of manufacturing.

“So now is the time for the people to monitor the products’ prices, whether this so-called liberalisation policy is going to benefit the rakyat or the manufacturers only,” he said in a press statement yesterday.

His statement was issued following the recent release of the names of the 11 sugar Approved Permit (AP) holders in Sarawak, by Bandar Kuching MP Dr Kelvin Yii.

Chong had previously stated that eight companies in Sarawak had been granted AP to import sugar.

Tan, meanwhile, said he first pressed for the release of the names in June this year, and that it took 13 press statements issued on the matter for the names to be finally released.

“Since June this year, I started asking Chong to reveal the sugar import AP holders in Sarawak when he announced that there were eight companies which had obtained the AP.

“This is for the convenience of the people so that the price of the products produced under the companies can be monitored. However, Chong kept it secretive, refused to reveal it.

“This is against the fair and transparent governance as called by Pakatan Harapan government,” said Tan.

Chong on June 28 had reiterated that any Sarawak-based food and beverage (F&B) manufacturer could apply for the sugar AP so long as they genuinely require sugar in their production, and the sugar imported must only be for their own production and not for resale.