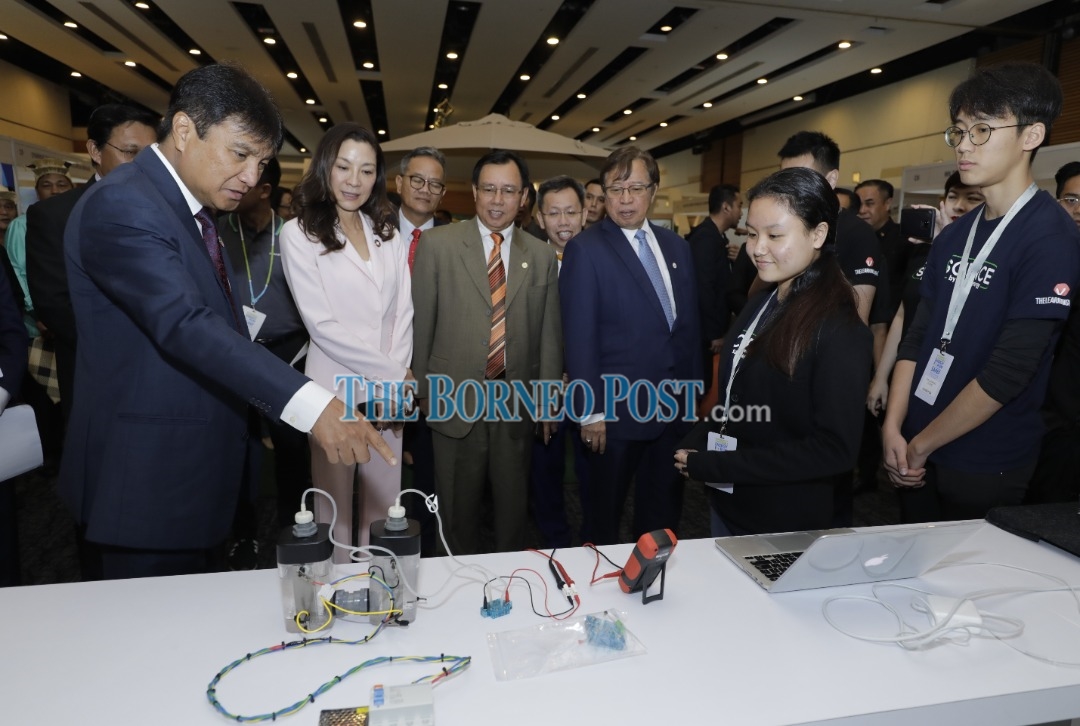 Sharbini (left) showing the process of electrolysis – how to extract hydrogen from water – while Yeo (second left), Minister of Utilities Datuk Stephen Rundi (third left) and Abang Johari (third right) watches when visiting some of the exhibition booths at Saref at the Borneo Convention Centre Kuching this morning.

KUCHING: Sarawak will be building six more hydrogen refueling stations in its effort to develop the state’s green energy agenda.

“South East Asia’s (SEA) first Integrated Hydrogen Production Plant and Refuelling Station was commissioned in Kuching this year by Sarawak Energy working with Linde. It is a pilot research facility that is generating a greater understanding of how we can green the transportation sector.

“We will be building six more hydrogen refuelling stations to cater to the anticipated needs of the transportation sector. The stations will be located in Kuching (two), Sri Aman, Sibu, Bintulu and Miri,” he said he said at the opening of the inaugural Sustainability and Renewable Energy Forum (Saref) here this morning.

Initially, he mooted the idea in May this year with three-in-one integrated refueling stations to be built all over the state to cater for vehicles using fossil fuels, electric and hydrogen. 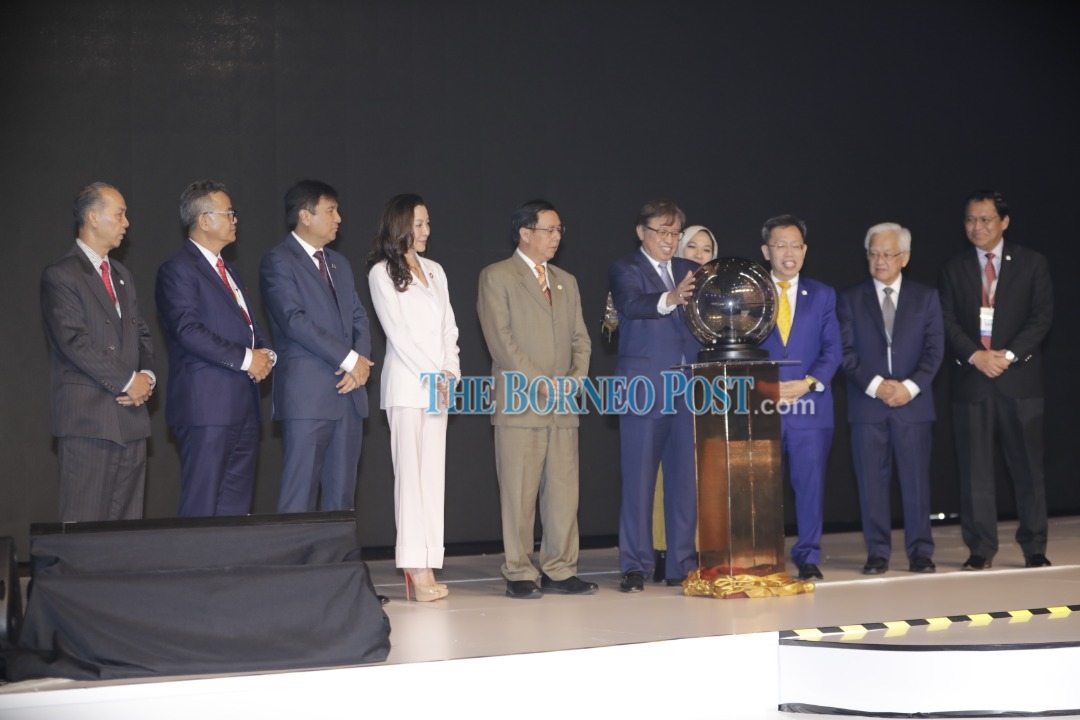 He said this to reporters after the successful launch of the state’s first Integrated Hydrogen Production Plant and Refuelling Station by Sarawak Energy Berhad (SEB) in collaboration with European based Linde EOX Sdn Bhd at the time.

He declined to mention the cost that would be involved in building the hydrogen refueling stations, but said they would be built in stages starting at the end of this year.

Meanwhile, Abang Johari, during the Saref opening ceremony, boasted the SEB Integrated Hydrogen Production Plant and Refuelling Station as the first in SEA, saying this was part of the state’s effort to generate a greater understanding of how Sarawak can ‘green’ its transportation sector.

“The outcome of this research will guide us in our next steps on the application of hydrogen and fuel cells here, and its success will benefit Sarawak by opening potential opportunities for export to the global market,” he said.

Abang Johari said at the same time, as part of Sarawak’s research on the viability of hydrogen, the state government have been testing three hydrogen buses on the road.

These buses, he said, were under the ownership and management of Sarawak Economic Development Corporation (SEDC).

“I understand some of the delegates arrived here on these hydrogen powered buses,” he added. 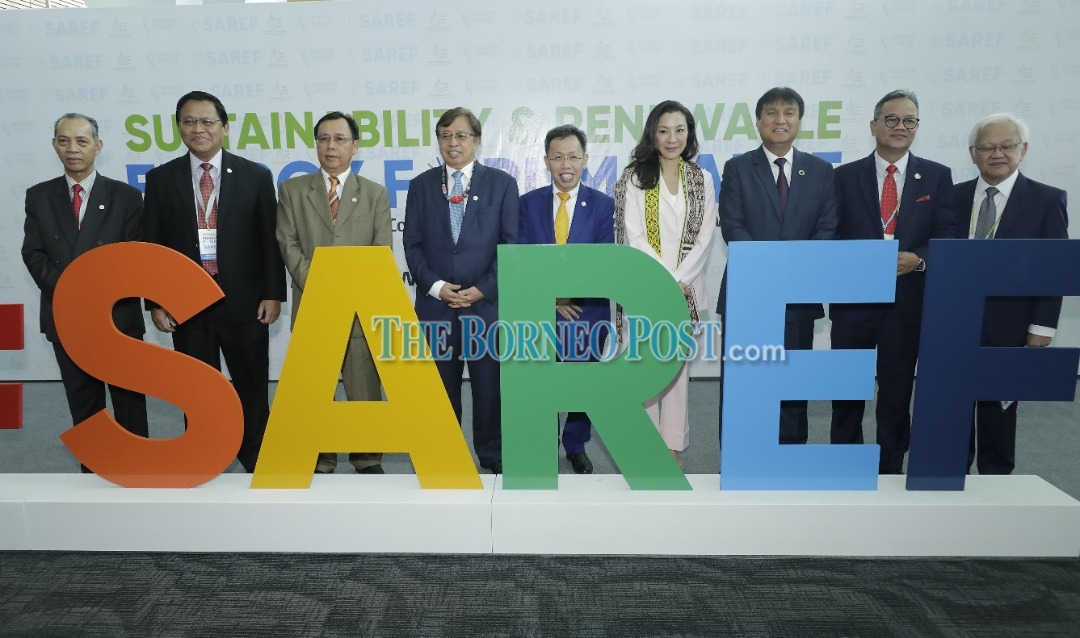 Abang Johari also assured that the state would continue to reduce its reliance on fossil fuel so that Sarawakians would be able to enjoy modern and efficient public transportation with minimal impact on the environment.

In addition to turning the global push for energy decarbonisation into opportunities to progress renewable energy, he revealed that Sarawak is also capitalising on other energy disruptors such as digitalization to improve and innovate.

“We are studying and looking into building smart cities with smart power grids which encompasses the Internet of Things (IoT) and Big Data to improve efficiency, sustainability and citizen welfare.

“All this requires energy, so it is inevitable that we achieve energy security first for this next phase of development to take shape,” he said.

There were also some 500 international delegates coming all the way from Singapore, the Philippines, Indonesia, Taiwan, Japan, Australia, United States and United Kingdom, with 33 session speakers sharing their experience and knowledge.