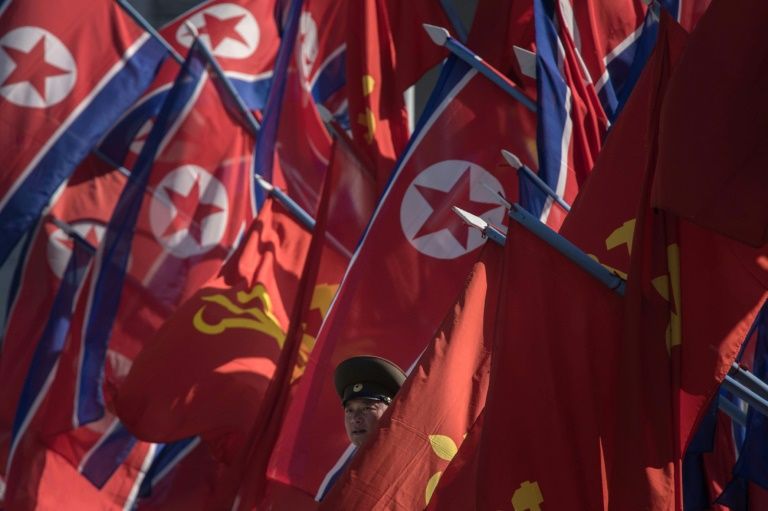 Pyongyang has set Washington an end-of-year time limit to offer it new concessions in deadlocked nuclear negotiations, and has said it will adopt an unspecified “new way” if nothing acceptable is forthcoming. File Photo

SEOUL: North Korea yesterday slammed US President Trump for “bluffing” and called him “an old man bereft of patience” as Pyongyang ramps up pressure on Washington over stalled nuclear talks.

Pyongyang has set Washington an end-of-year time limit to offer it new concessions in deadlocked nuclear negotiations, and has said it will adopt an unspecified “new way” if nothing acceptable is forthcoming.

Denuclearisation negotiations have been at a standstill since a summit in Hanoi broke up in February.

Trump has indicated that the option of military action was still on the table while downplaying Pyongyang’s actions, saying the North’s leader would not want to “interfere” with the upcoming US presidential elections.

“North Korea, under the leadership of Kim Jong Un, has tremendous economic potential, but it must denuclearize as promised”.

“NATO, China, Russia, Japan, and the entire world is unified on this issue!”

But Kim Yong Chol, who served as the North’s counterpart to US Secretary of State Mike Pompeo until the collapse of the Hanoi meeting, slammed Trump’s “odd words and expression”, referring to him as a “heedless and erratic old man”.

“Our action is for his surprise. So, if he does not get astonished, we will be irritated,” Kim  said in a statement carried by the official KCNA news agency.

“This naturally indicates that Trump is an old man bereft of patience,” he said, adding: “From those words and expressions we can read how irritated he is now.”

The official noted that the North Korean leader had not used “any irritating expression towards the US president as yet”, but warned his “understanding” of Trump could change.

“He must understand that his own style bluffing and hypocrisy sound rather abnormal and unrealistic to us,” Kim said. “We have nothing more to lose.”

The North has raised tensions in recent months with a series of assertive statements and multiple weapons tests – including a “very important test” at its key satellite launch site at the weekend – as its negotiating time limit approaches.

Kim’s New Year speech, a key political set-piece in the isolated country, is also due on January 1.

On Thursday, the North’s vice foreign minister Choe Son Hui warned of again referring to Trump as a “dotard” – Pyongyang’s favoured nickname for the US president at the height of tensions in 2017.

Another senior official said last week that what gift the US receives for Christmas will depend entirely on Washington’s actions. — Reuters