Monday, December 5
You are at:Home»News»Three vehicles catch fire while parked outside house in Kuching 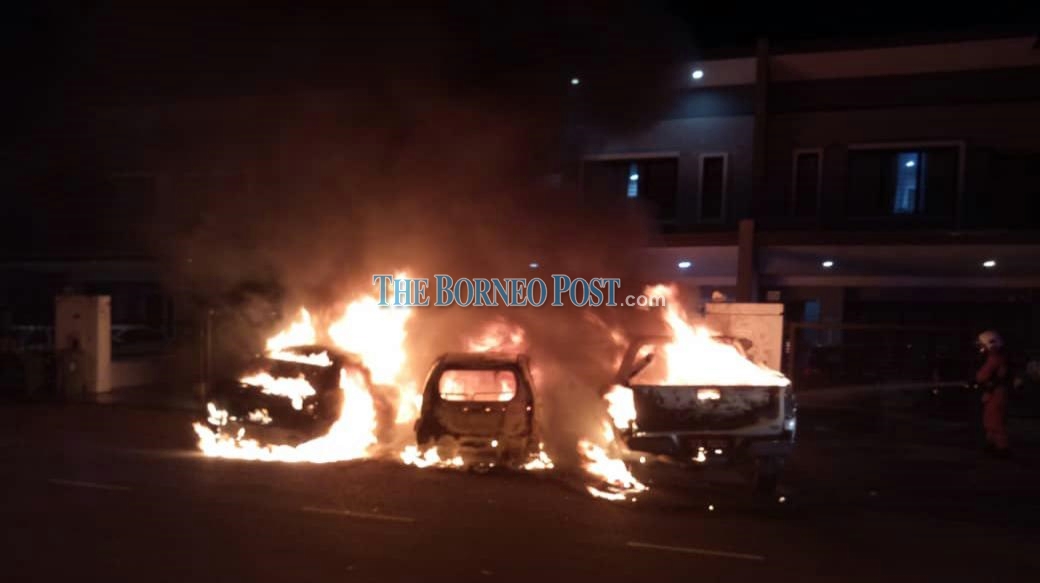 Fire burning the three vehicles that were park outside a house earlier today.

According to a Fire and Rescue (Bomba) Department operations centre spokesperson, they received call on the incident at around 3.11am.

A Bomba spokesperson said firefighters who arrived at the scene found the three vehicles in flames, including a four-wheel-drive that was parked outside a house.

The Bomba spokesperson said the firefighters managed to control the fire from spreading to the house and a nearby vehicle.

The fire was brought under control at around 2.28am, he added.

A four-wheel-drive that was parked inside the house only had minor damages as a result of the heat.

No other casualties were reported during the incident. The case is now under investigation.