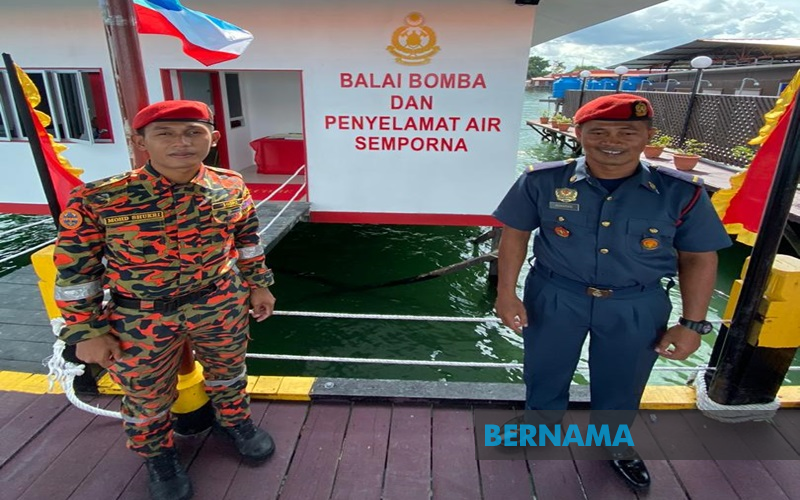 Sabah Fire and Rescue Department (JBPM) director Kamarulzaman Malik Abdullah said with the establishment of the ‘floating’ fire station in the district, it would speed up response time in the event of fire and other emergencies.

“If the fire station located on land, it will take time to lower the boat and so on. By having a ‘floating’ fire and rescue station, the response will be faster.

“In Sabah, water villages are at high risk in terms of fires especially in the east, northern and parts of the southwest coast of the state,” he said.

He was speaking to reporters after an event with the media practitioners for the Tawau zone here.

The fire station is headed by its chief, three supervisors and 20 volunteer firefighters, he said, adding that the volunteers were locals and they had been training for five months.

“These volunteer firefighters have vast knowledge of the surrounding area,” he added.

Earlier in the speech, Kamarulzaman said the station would serve as a benchmark for other states and they would increase the number of such station especially on high risk areas across Sabah. = BERNAMA