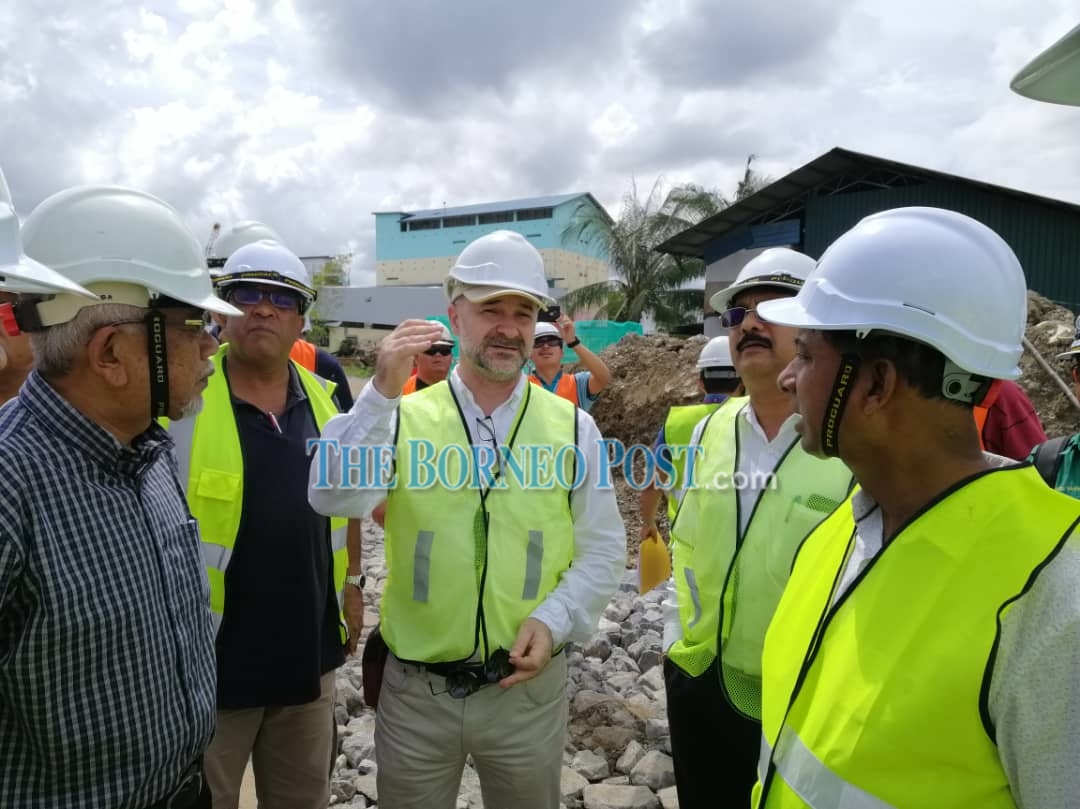 Kula Segaran (right) listens to deputy project director Sabahudin Buza (third right) during an inpsection at the project site of the Pujut Link component of the Work Package Contact (WPC) 11 of the Pan Borneo Highway today.

MIRI: Human error could be the reason behind the collapse of the girder beams of Sungai Miri Bridge on Friday, said Minister of Human Resources M. Kula Segaran.

Speaking to reporters after conducting an inspection on the project site of the Pujut Link component of the Work Package Contact (WPC) 11 of the Pan Borneo Highway today, Kula Segaran said he has been briefed by the engineers on site that there could be a human error which led to the incident.

“It is a huge setback as we are eager to complete the project as soon as possible but there has been a few setbacks.

“I was made to understand by the engineers here that there could be human error in this case, thus it will be investigated,” he said.

Kula Segaran said a team of forensics will be flying in from Kuala Lumpur tomorrow (Dec 16) to carry out an independent investigation on the incident.

“This whole project involved multi-billion ringgit. We do not want any delays but the department of Occupational Safety and Health (DOSH) had issued a stop-work order since Friday,” he said.

When asked how long would it take for the investigation to be completed, Kula Segaran said it could take up to three months.

Yesterday, Works Minister Baru Bian said his ministry will take necessary action against the party responsible for the collapse of a bridge’s girder beams.