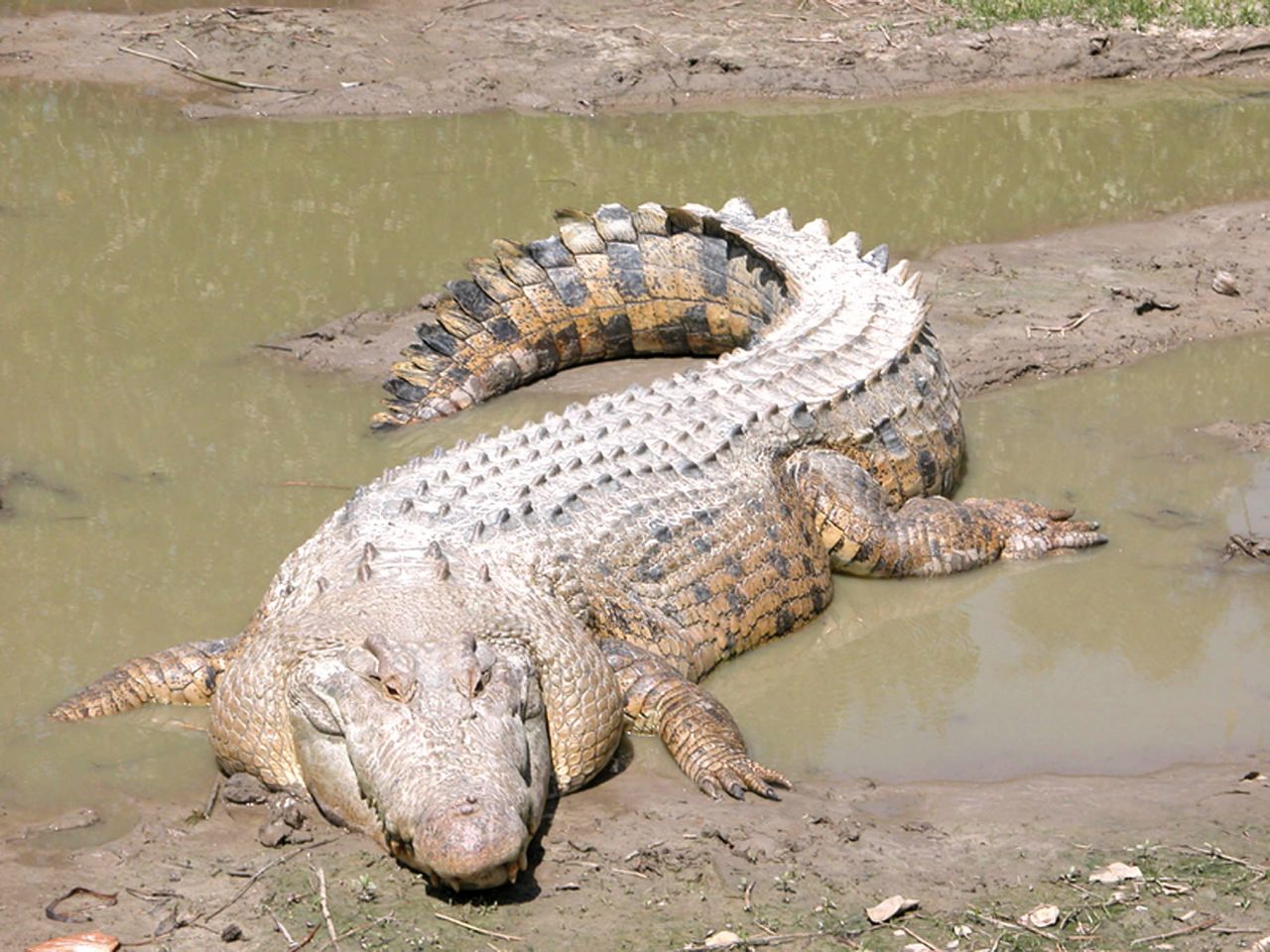 If I had my way, your days are numbered, mate.

MY wish-list for the New Year 2020 includes for the Sarawak Government to please introduce additional measures to reduce or solve the crocodile-human conflict in the state.

The government should do more than it is doing now. The present policy of hunting the murder suspect only by employing the services of the Swift Wild Life Action Team (SWAT) is not effective enough. Transferring or relocating crocodiles from one part of Sarawak, to Seduku or Santubong, does not reduce their population. There ought to be additional measures to ensure that the human beings are protected from the crocodiles.

I wish that the government would consider a policy of culling most of the crocodiles in our rivers – an all-out war against the vermin!

We must congratulate the SWAT of the Sarawak Forestry Corporation (SFC) for their success in catching and culling the killer crocodile caught at Kuala Suai on Dec 5. However, the present practice to hunt only for the killer each time a human falls victim, then to catch the murder suspect and, and when a suspect is secured, to conduct a post-mortem of sorts, should not be the only means by which the man-eating crocodiles can be controlled.

The present practice: one crocodile is suspected of killing a human; SWAT is called to catch it by hook or by crook, then open up its tummy in order to find out if the suspect is the real killer or not. Then what? Human remains, yes, but whose are those exactly?

I don’t know the answer. Nor do I consider this detailed examination absolutely accurate or necessary in so far as a post-mortem involving a victim of a killer crocodile is concerned. Assuming that the examination has to be done by some law of which I am not familiar, what use is it for other than for the SFC to know exactly the identity of the victim? Then what?

Don’t you think that this kind of examination is a waste of the taxpayers’ money? For there are other much more important jobs for the forensic experts to do. These experts are necessary only for a post-mortem on a crocodile to professionally determine that the bones belong to so and so? Even then, what action can be done to do justice to the victim or his or her relatives? Is the State liable for the crime that its guardian (crocodile) has committed? I don’t know.

What I do know, however, is that there are too many man-eating crocodiles in Sarawak. Of course, I say this without substantiating my statement with exact figures of the exact number of reptiles there in our rivers.

If you see one crocodile in one of the rivers, say, in Lundu or Betong or Lawas, what numbers do you call then?

These bureaucratic procedures are useful to know and one can benefit from them if you possess the necessary communication gadget. For those without the modern facilities, however, what do they do?

I heard about licenses having been approved for the catching and the culling of the species Crocodylus porosus (Buaya Katak), by those who are interested in the trade of the skins or hides, and the meat. Good. I took part in a seminar on this subject a few years ago. But there has been no extensive and sustained campaign to attract more people, even foreign buyers or investors, in this business. Why?

The effect of the 1998 policy, reviewed reluctantly during Tok Nan’s time as the Chief Minister, has been a roaring success — from the crocodiles’ point of view. A mummy croc lays up to 60 eggs in one batch, and she takes care of her young. Do the maths! Five female crocs in a river in 2010, 300 young crocs in 2011. Half of them are female, so by 2012 there will be, oh work it out yourselves, I’m not very good at arithmetic! But judging by the number of human victims snatched away by the crocodiles over the years, protection has really been successful.

The downgrading of the crocodiles from being totally protected species to less protected after the review last year of the Washington Convention or Convention on the International Trade in Endangered  Species (Cites) has not done much to reduce the number of crocodiles lurking in our rivers.

We must congratulate the SWAT of the SFC but they should be given the more challenging job of detecting and catching the illegal loggers instead.