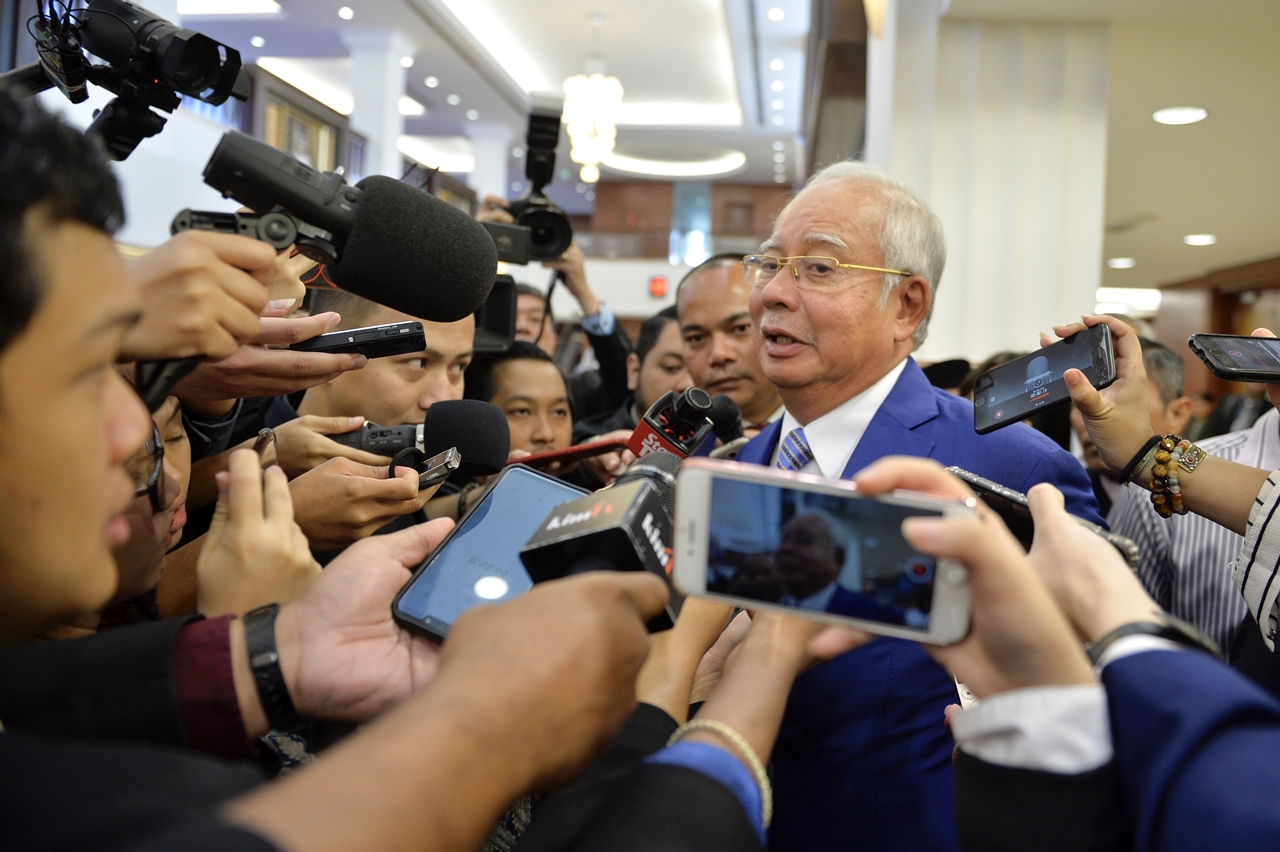 Najib speaking to reporters in Parliament on March 28. – Bernama photo

Najib told MalaysiaKini that the allegation of the former member of the Special Action Force in a statutory declaration (SD) from Kajang Prison was an act of desperation.

He also alleged that it could be a plot of the Pakatan Harapan administration to divert public attention from its shortcomings.

“This is a complete fabrication by a desperate person seeking to escape the gallows. Why did this information not come out earlier, and only now, more than a decade after her death and only after 19 months Harapan has been in power?” Najib asked.

“I believe this is a deal struck between the Harapan government and Azilah, with the latter’s death sentence being commuted or delayed in return. This is an attempt to distract attention and to hit out at me,” he told MalaysiaKini.

Maintaining that he has not met Altantuya despite Azilah’s claim in the SD, Najib welcomed a fresh police investigation into the latest allegations.

Malaysiakini had earlier today reported that Azilah is seeking a review of the Federal Court’s decision and a re-trial.

He had claimed in his explosive SD that Najib and the latter’s close associate Abdul Razak Baginda had instructed him to kill Altantuya who was described to be a foreign spy.

Recalling an alleged meeting with Najib in Pekan, Azilah said the then deputy prime minister had ordered him to “arrest and destroy” Altantuya.

“I asked the DPM (deputy prime minister) what he meant by arrest and destroy the foreign spy, he responded: ‘Shoot to kill’, and indicating it with a ‘slit the throat’ gesture.

“When asked the purpose of destroying the foreign spy with explosives, the DPM replied: ‘Dispose the foreign spy’s body with an explosive device to remove the traces and the explosives can be obtained from the UTK store (armoury)’,” he alleged.

Azilah and ex-commando Sirul Azhar Umar was sentenced to death for Altantuya’s murder in 2015. Sirul had fled to Australia while on bail in 2014 and he is now held at Sydney’s Villawood detention centre.