Monday, February 6
You are at:Home»News»Crime»Customs seizes gambling machine declared as ‘furniture’ inside shipping container at Senari Port
For the freshest news, join The Borneo Post's Telegram Channel and The Borneo Post on Newswav. 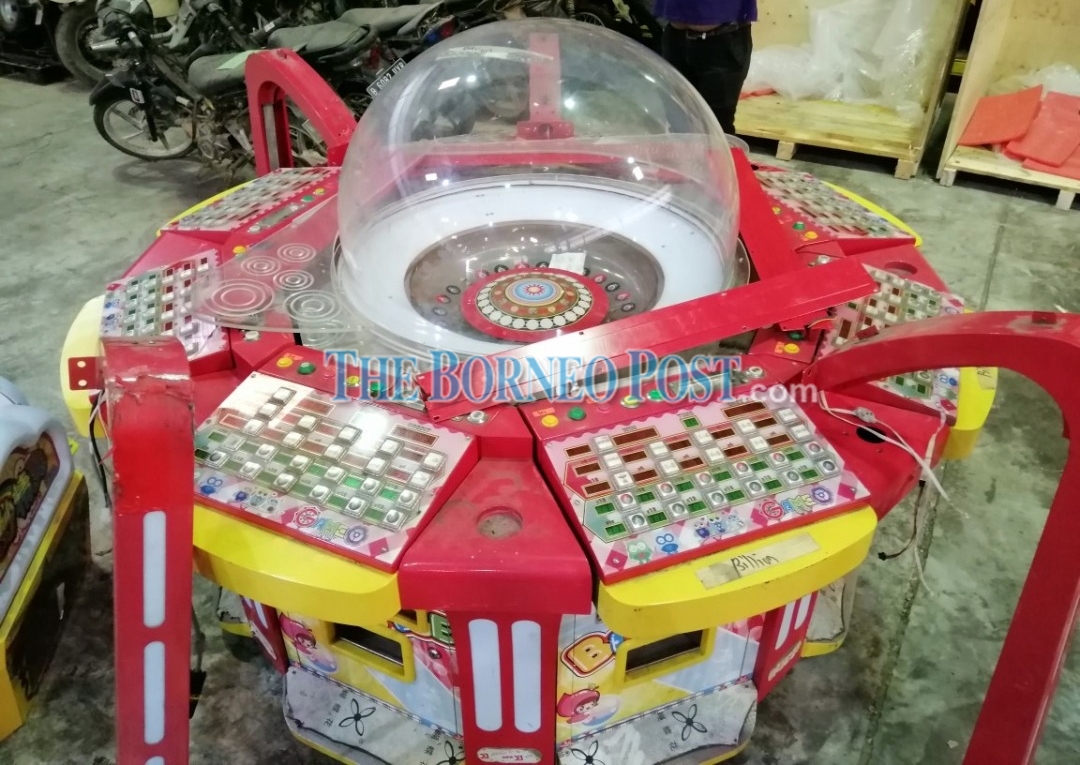 The gambling machine that was seized by the department at Senari Port.

KUCHING: The Royal Malaysian Customs Department (JKDM) has seized a gambling machine worth RM20,000 with an estimated tax of RM8,000 that was declared as ‘furniture’ inside a shipping container at Senari Port on December 12.

According to JKDM Sarawak director Datuk Sharifah Halimah Tuanku Taha, the gambling machine was dismantled and kept in four wooden cases. The cases were also kept underneath several shipping boxes to avoid suspicion.

“Based on intelligence that we have gathered, checks were conducted on the container while it was at port,” said Sharifah Halimah in a press statement today.

“This case will be investigated under Section 133 of the Customs Act 1967,” said Sharifah Halimah, adding that the agent and a representative of the logistics company have been called in for investigation.

Those found guilty may face a fine of not more than RM500,000 or a jail sentence of seven years or both.

Meanwhile, JKDM is calling for the public to provide their cooperation to become the eyes and ears of the department on smuggling activities.