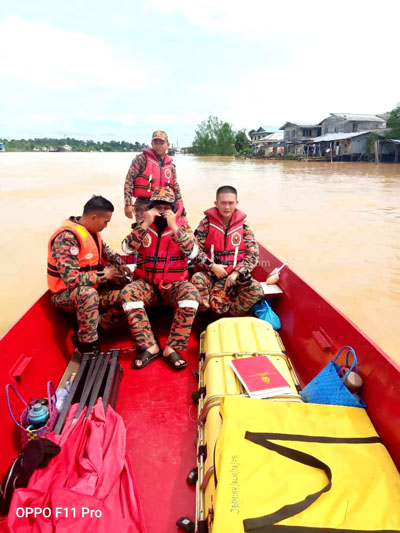 Divers search the water surface for the victim.

SIBU: A 21-year-old ship crew, a dredger, was reported missing and is believed to have fallen into the river (Batang Lebaan) here on Dec 15.

A spokesperson from Sarawak Fire and Rescue Department operations centre said they received a call at 8.25am yesterday following a police report lodged by the ship captain on Dec 16.

The spokesperson said the vessel was berthed at the bank of Batang Lebaan at 7am on Dec 15 before the captain realised one of his crew members was missing.

He was identified as Venkatesh Sumanth, 21, from Karnakata, India, the spokesperson said.

The captain claimed that he last saw the victim at 10pm a day before he went missing.

The Fire and Rescue Dept sent four divers to search for the victim yesterday, but at press time he was still not found.