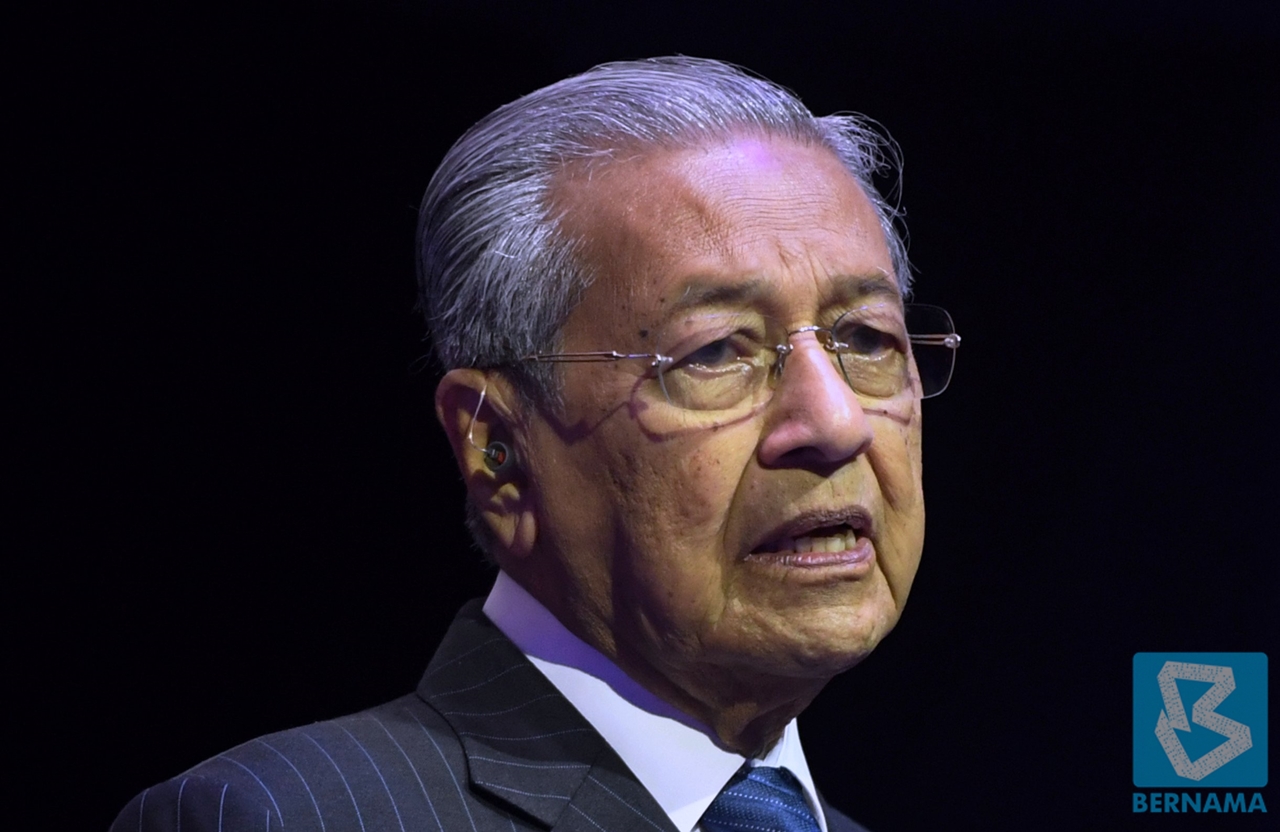 KUALA LUMPUR: Prime Minister Tun Dr Mahathir Mohamad has underscored the need for Muslims, despite their anger and frustration, to steer away from committing indiscriminate acts of terror as this will do no favours in efforts to fight Islamophobia.

He said Muslims can declare that Islam does not advocate such violence, but this will be negated if their actions are prompted by anger.

“For as long as we act in anger, as long as we do things that frighten people, and worse still if we proclaim that we are performing Islamic jihad, the fear of Muslims and Islam will not be diminished,” he said.

Dr Mahathir said this in his keynote address at the opening of the Kuala Lumpur Summit (KL Summit) 2019 here today.

The conference was opened by the Yang di-Pertuan Agong Al-Sultan Abdullah Ri’ayatuddin Al-Mustafa Billah Shah in the presence of other Muslim leaders such as the Emir of Qatar Sheikh Tamim bin Hamad Al Thani, Turkish President Recep Tayyip Erdogan and President Hassan Rouhani of Iran.

“We may claim to be performing jihad but the result is more oppression of Muslims everywhere,” he said, citing instances where Muslims are being expelled from their own countries, rejected by asylum countries, oppressed and condemned.

“We are angry and frustrated. We cannot wage a conventional war. No country would help us. But even so, what do we gain by such indiscriminate violent acts? Nothing,” the prime minister said.

He said some claim that the acts of terror are done by other Muslim sects labelled as not the true followers of Islam.

“But our detractors and victims don’t care about our different sects. For them we are all Muslims. The differences between sects are irrelevant,” Dr Mahathir said.

Besides the rise of Islamophobia, Dr Mahathir’s speech also focused on matters such as perceptions towards Islam, Islamic civilisation, as well as governance, reforms and transformations.

In an assessment of the Muslim world, the prime minister said there is not a single Muslim country which is classified as developed and all, despite their immense wealth, are categorised as developing countries.

“ And they are all weak and incapable of protecting the Muslim ummah, as is their duty by their religion,” he said, adding that Muslims today have lost the respect of the world and are no longer the source of human knowledge nor the model of human civilisation.

Dr Mahathir said as Muslims are oppressed everywhere, about any country can oppress Muslims and get away with it, and retaliatory action will be taken against Muslims if they condemn such oppression.

“So we’re today not free because we’re not strong. It’s imperative that we try and focus on the development of our country so that we can be strong and defend the ummah,” the prime minister said.

He said Muslims may see a bleak picture painted about them but it does not mean that all is lost.

“We have to reflect on the past, when the Islamic civilisation was glorious and were capable of warding off attempts to seize our land.

“It’s also a fact that Islam was a great civilisation when its adherents observed the true teachings of Islam, when they were united, hardworking and keen to learn and explore the world in search of knowledge,” he said. – Bernama