Tuesday, October 19
You are at:Home»News»Sabah»Rape: Duo discharged but not acquitted 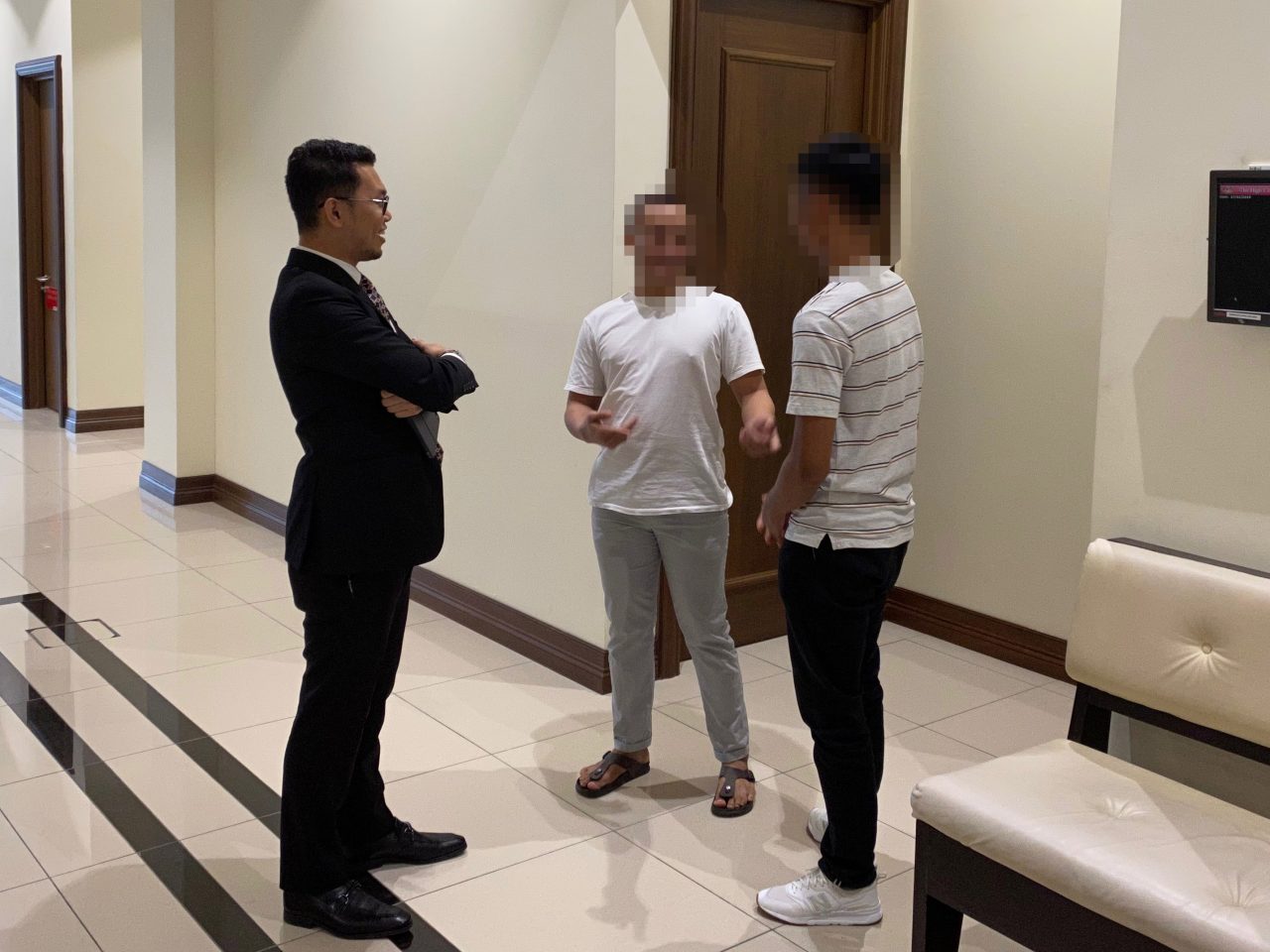 The two who were accused of raping a 15-year-old girl listening to their counsel Azhier after they were discharged.

KOTA KINABALU: Two youths were discharged not amounting to an acquittal (DNAA) from a joint charge of gang-rape against a 15-year-old girl.

Sessions Court judge Noor Hafizah Mohd Salim made the decision on the 18-year-old youths, Ibnu Saiful Pangusulan and Jasryeil Idham Abdullah, at the request of the prosecution which had yet to close its case and are still in need to do further investigation on the case.

Deputy public prosecutor Megat Mahathir Mohamad Megat Tharih Affendy informed the court that the prosecution have not presented all the evidence yet, but since there were new developments in the case, he requested for the DNAA.

Meanwhile, counsel Azhier Farhan Arisin, who represented the two accused, applied for an acquittal on the grounds that the evidence led by the prosecution is insufficient to link the offence with the two accused and the trial for the case has commenced.

The youths were alleged to have committed the offence against the girl, whom they had just known, in a house at a People’s Housing Project (PPR) in Penampang at 2 am on March 31.
They were charged under Section 375B of the Penal Code which provides a jail term of not less than 10 years and not more than 30 years, upon conviction.

The court also ordered for Ibnu Saiful’s bail of RM8,000 to be refunded.

On another note, referring to our news published on Wednesday, December 18, ‘Scaffolder denies robbing, injuring man’, the name of the person charged should be written as Mohd Azrin Talip and not Mohd Azerie Talip.