Wednesday, January 26
You are at:Home»News»Crime»Firecrackers worth over RM100k including unpaid tax seized in Batu Kawa 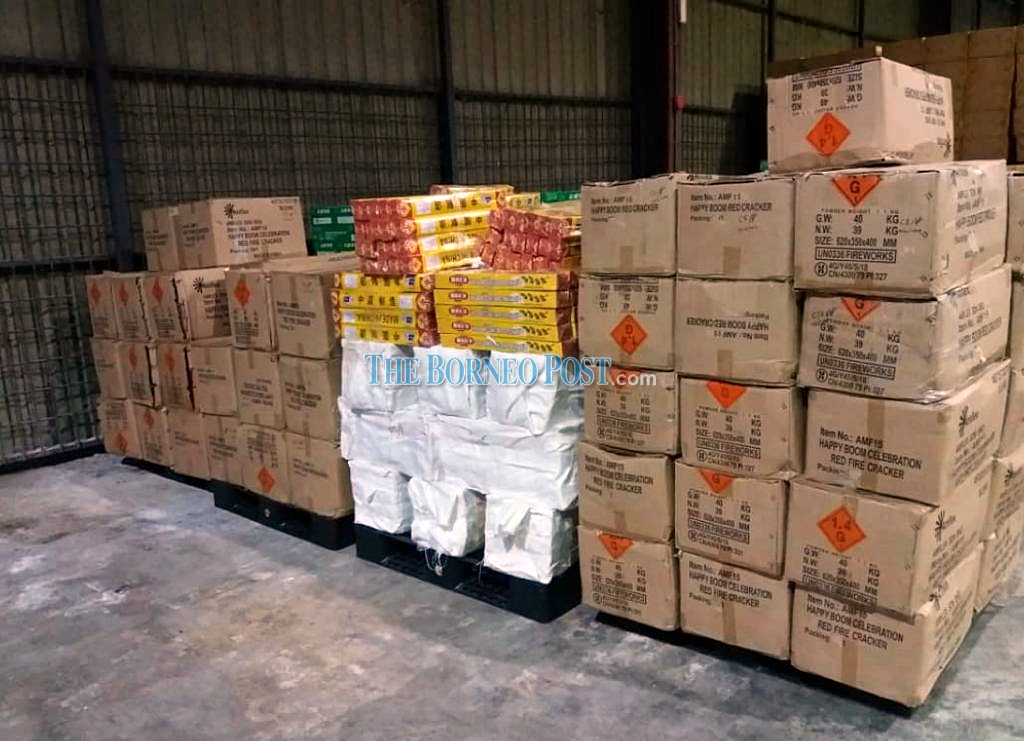 The firecrackers and fireworks that were seized by the department in Batu Kawa.

KUCHING: The Royal Malaysian Customs Department (JKDM) have seized firecrackers worth RM70,500 with a tax value of RM45,825 at a house in Batu Kawa on Dec 19.

JKDM Sarawak director Dato’ Sharifah Halimah Tuanku Taha in a statement today said the raid, which was part of ‘Ops Petasan 2019’, was carried out based on intelligence gathered on the premises.

She added that the firecrackers were discovered inside 99 boxes inside the house’s storeroom.

The firecrackers are estimated to weigh 3.154 tonnes.

“One individual was also arrested during the raid to aid in the investigations,” said Sharifah Halimah.

The suspect is believed to be involved in distributing firecrackers within Kuching, using the house where the contraband was discovered as a storage facility.

Meanwhile, the public are urged to inform the department on any smuggling activities involving items such as cigarettes, alcohol and drugs.

Information can be submitted online via the department’s website here or by calling their hotline at 1-800-88-8855.