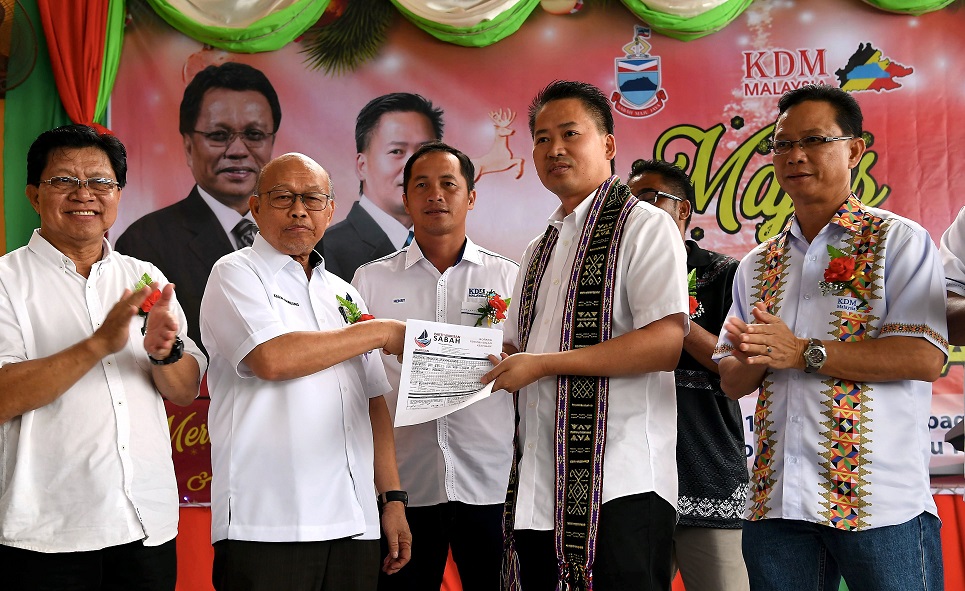 The political veteran handed over his membership application form to Warisan vice-president Datuk Peter Anthony at a ceremony here.

Kadoh, a former Melalap state assemblyman and former Padas Member of Parliament, was state Minister of Culture, Youth and Sports as well as Minister of Local Government and Housing during the era of the Parti Bersatu Sabah (PBS) government.

Kadoh said he decided to join Warisan after seeing the development brought about by the state government, which has been in power for less than two years.

“Warisan has discharged its responsibility well and I am confident that the current government can look after the people’s interests in the long term,” said the former Parti Bersatu Rakyat Sabah vice-president in his brief speech after handing over his application form at the Pamilaan polling district Christmas celebration.

Peter, who is state Infrastructure Development Minister, said the Sabah government welcomed experienced leaders like Kadoh to be together with the party in developing the state.