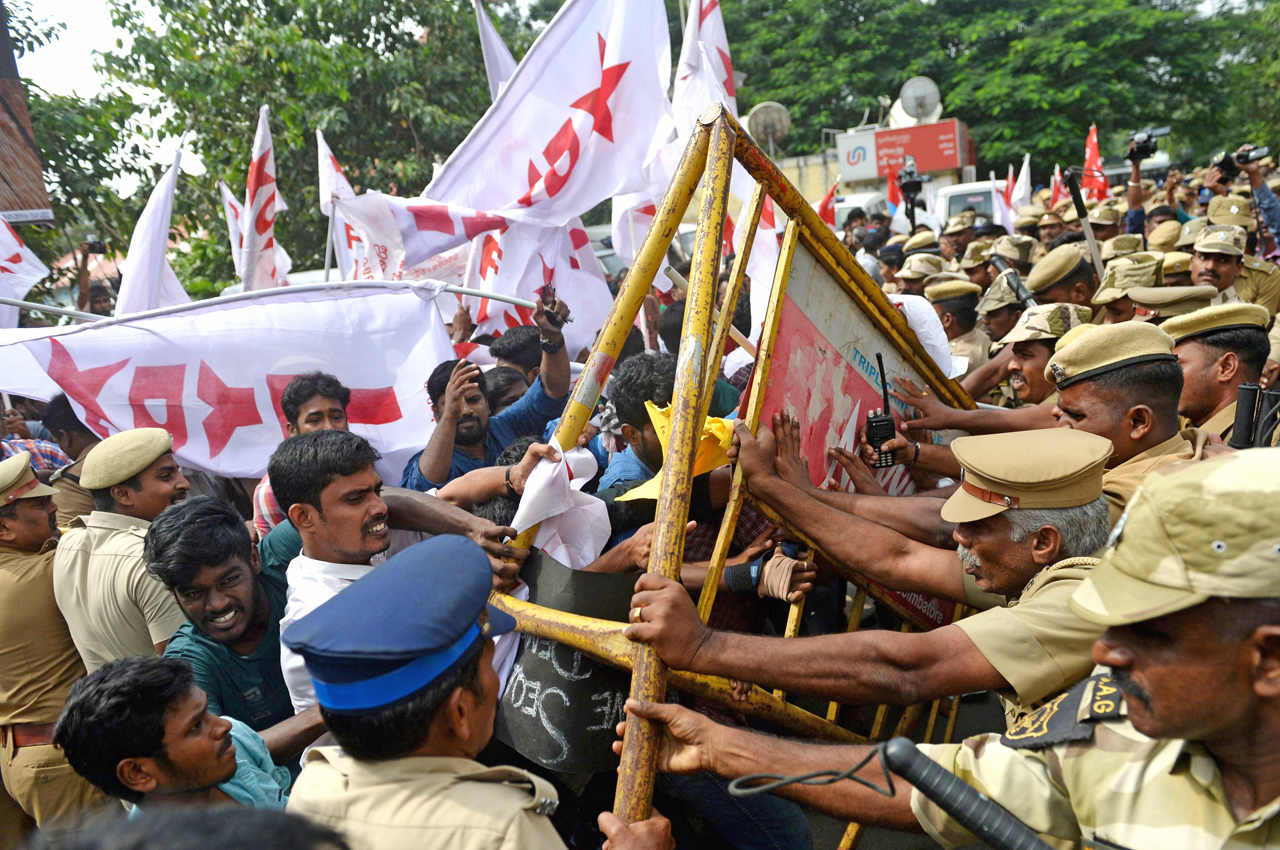 People argue with the police as they take part in a protest against India’s new citizenship law in Chennai. — AFP photo

NEW DELHI/MUMBAI: Indian Prime Minister Narendra Modi met his council of ministers yesterday to discuss security measures to end violent protests against a citizenship law, government sources said, in one of biggest crises yet for his Hindu nationalist government.

At least 14 people have been killed in clashes between police and protesters since parliament passed the law on Dec 11, with critics saying it discriminates against Muslims and undermines India’s secular constitution.

The backlash is the strongest show of dissent against Modi’s government since he was first elected in 2014.

Demonstrations continued yesterday despite curfews and a draconian regulation to shut down protests.

India’s most populous state, Uttar Pradesh, has seen the worst violence with nine people killed so far and several more in critical conditions in hospital.

Rights activists in Uttar Pradesh said police had raided their houses and offices to prevent them from planning fresh demonstrations. Authorities also shut schools across the state as fresh protests erupted yesterday.

Uttar Pradesh is ruled by Modi’s nationalist party and has long seen clashes between majority Hindus and minority Muslims.

In the capital city of Delhi, family members waited outside a police station seeking the release of dozens of detained protesters.

More demonstrations are planned in several parts of the country, including in the northeastern state of Assam, where residents are angry that the law makes it easier for non-Muslim migrants from Afghanistan, Bangladesh and Pakistan who settled in India prior to 2015 to obtain Indian citizenship.

Resentment against illegal immigrants from Bangladesh has simmered for years in Assam, one of India’s poorest states, where outsiders, Hindus or Muslims, are accused of stealing jobs and land.

“Thousands of women are participating in the protest across Assam. The movement against the act is gaining momentum by the day,” Sammujal Bhattacharya, a leader of the All Assam Students’ Union told Reuters.

In other parts of India, anger with the law stems from it being seen as discriminating against Muslims, and as it makes religion a criteria for citizenship in a country that has taken pride in its secular constitution.

Political opposition against the law has swelled with state leaders from regional parties vowing to prevent its implementation in their states.

The government has said there is no chance the law will be repealed. — Reuters

Previous ArticleAsk, and we will answer
Next Article Year in e-commerce 2019