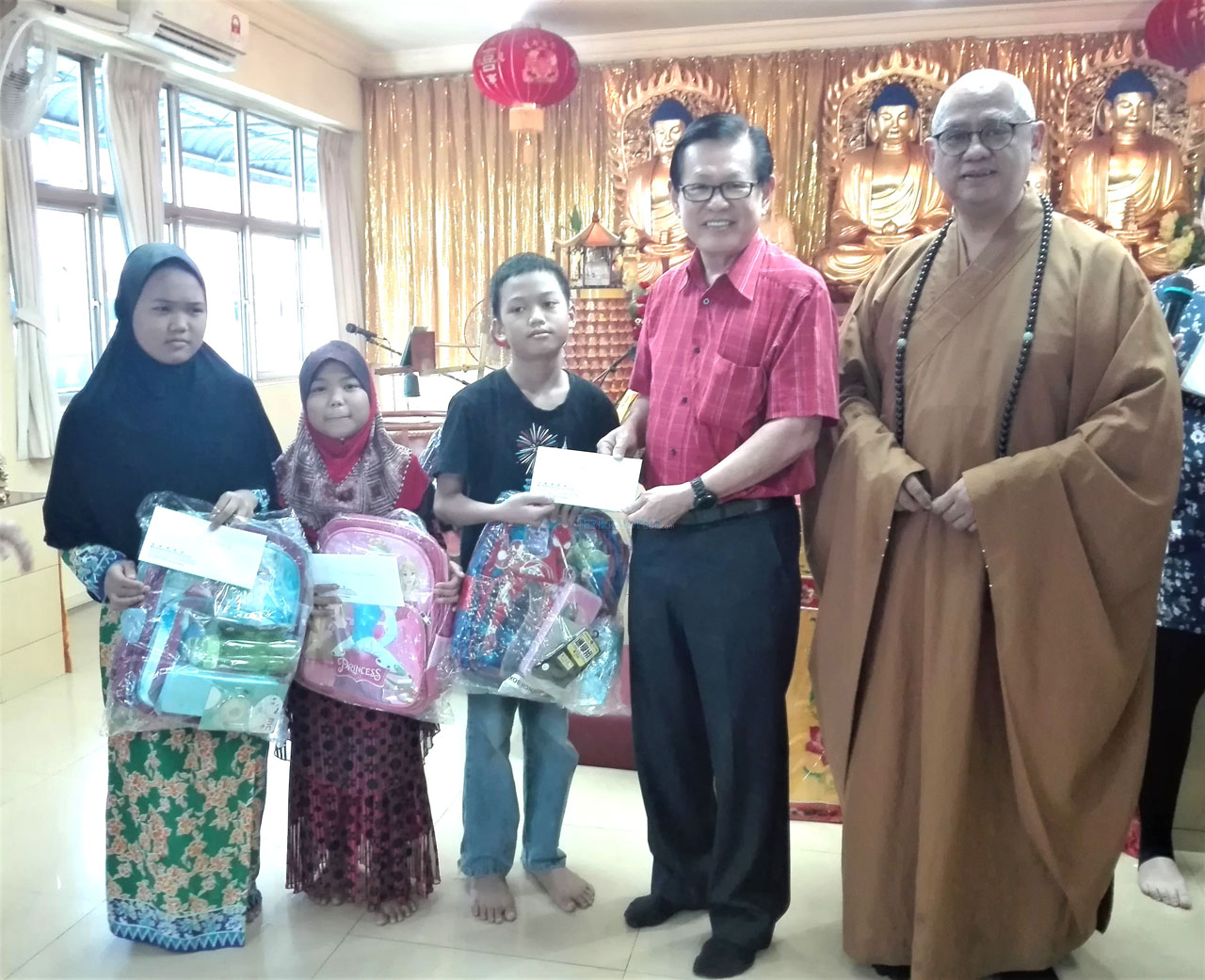 Lee presents the contributions to the schoolchildren, as Master Shen looks on.

MIRI: Sarawakians must never take their harmonious living and culture of unity for granted.

In making this call, Transport Minister Datuk Lee Kim Shin encourages fellow Sarawakians to further empower their commitment in upholding the peace and harmony in Sarawak, which are vital for the wellbeing and development of its communities.

“Indeed, Sarawak has been recognised as model state for racial unity and religious harmony in the country.

“However, we should not take the matter for granted. It is important for us to safeguard and continue to enhance racial unity and religious harmony in Sarawak,” he said in his opening remarks for Miri Orthodox Buddhist Association’s ‘14th Helping The Poor Student Charity Event’ at Bulatan Commercial Centre in Piasau yesterday.

Lee, who is Senadin assemblyman, said the Sarawak government would always welcome the contributions from the public slated for activities that would benefit the community.

On the charity event, he commended the association for its commitment in helping the needy students.

Later, the minister represented the association in giving away donations to some 50 poor students. Besides book vouchers, each recipient also received a schoolbag, stationary items and a bag of rice.