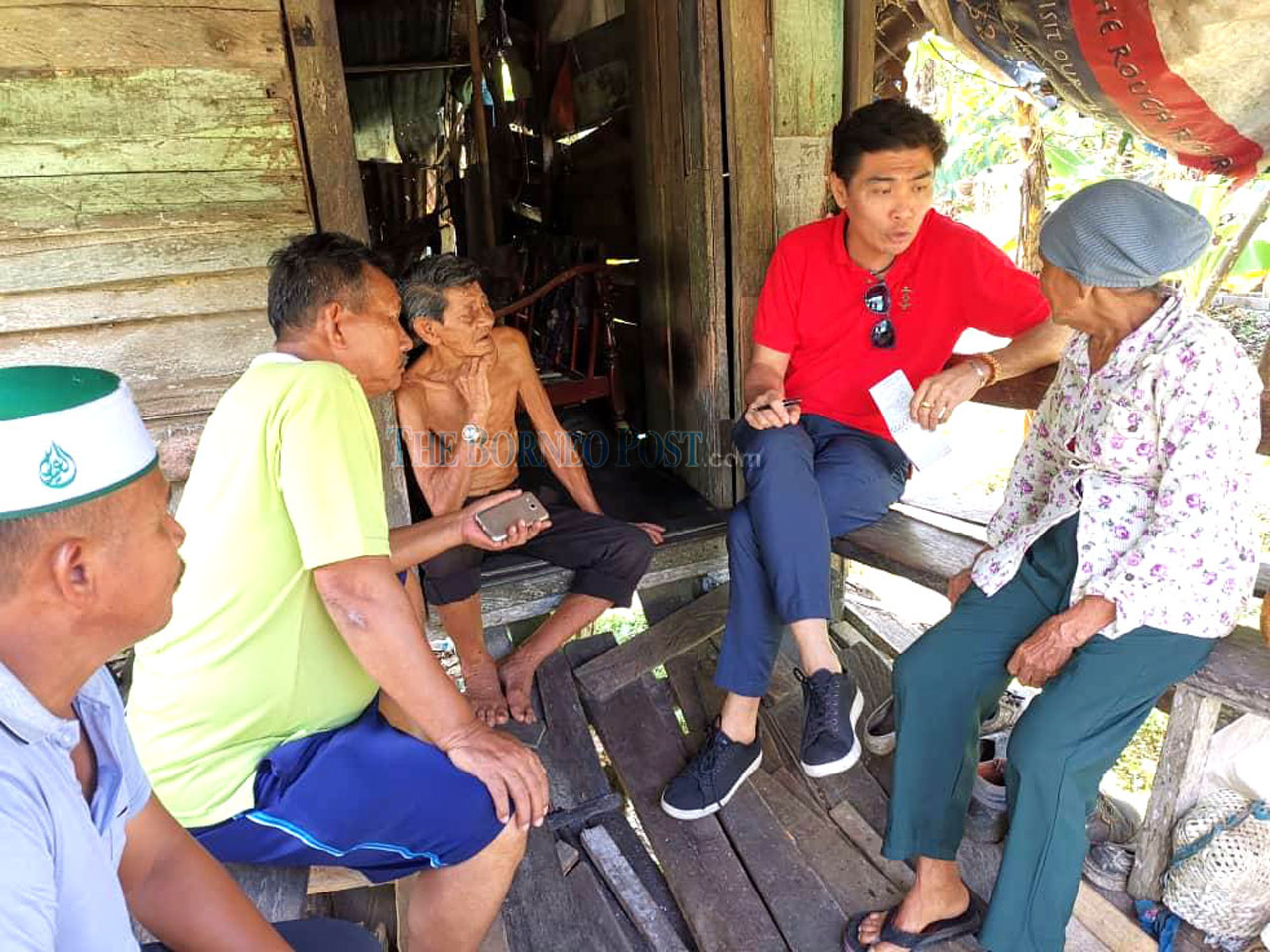 George (second right) speaks to the elderly couple (right and third right) at their home.

George and his team made the visit after getting first-hand information on the living condition of Lontot Leman, 74, and his wife Maidah Abdullah, 78.

They discovered upon arrival that the couple has been living in a shabby, rundown shack for the past two years.

The ‘home’ does not have water or electricity, meaning the couple has to collect rain water for their daily use and rely on kerosene lamps for lighting.

Lontot currently receives RM300 a month from the state Welfare Department; his wife is ineligible as the allowance is only for one person per family.

The area where their home is located is frequently inundated by flood, especially during the December-February monsoon season, and they usually will be put up in the village mosque during this period together with other villagers.

The couple’s son, Zamri, 45, is self-employed and has three school-going children of his own.

According to Zamri, he has been trying to apply for the Hardcore Poor Housing Programme (PPRT) for his aged parents, but his efforts so far has been unsuccessful.

“Even seeking the village head’s endorsement for PPRT made no difference,” he said.

Having failed in all avenues including via political circles, Zamri said he decided to seek George’s help having heard of Hidup’s work with the community.

George, meanwhile, said he will write to Tabung Baitumal Sarawak to bring attention to the aged couple’s plight and help secure them assistance.

“Hopefully, Baitulmal can assist with the building of a new home for the couple as all pleas have fallen on deaf ears so far.”

He said Hidup, a non-governmental organisation, is committed to actively raising public awareness on the plight and welfare of fellow Sarawakians who have been neglected or left behind as society progresses and prospers.

“Hidup is creating awareness through social mobilisation at community level and all community-based monitoring and referral cases will be highlighted via social media, corporate boardroom and the political circles,” he added. 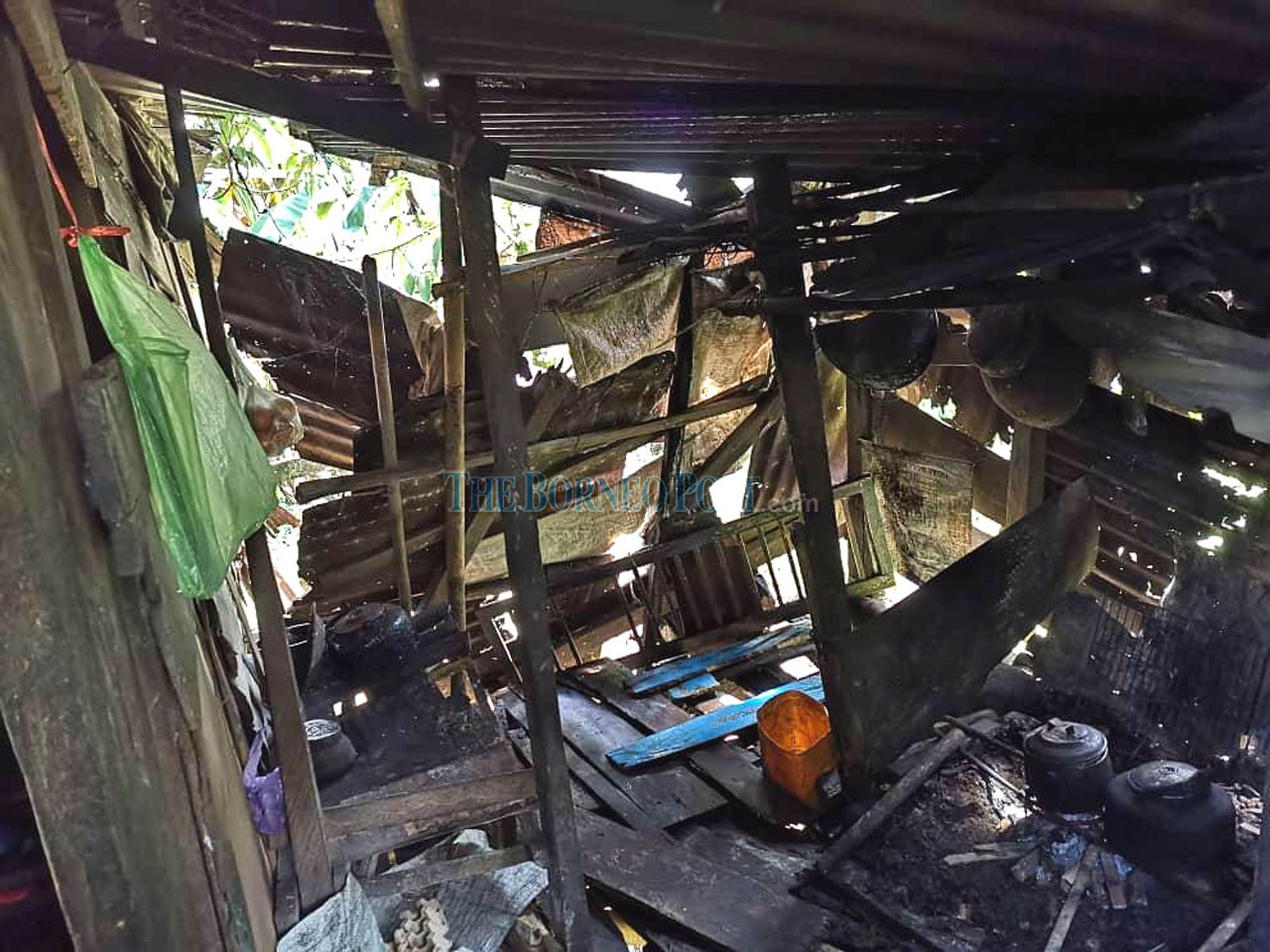 The pitiful condition of the couple’s kitchen, where a bucket can be seen for the collection of rainwater for their daily use.