Tuesday, October 19
You are at:Home»News»DCM: RM50 mln allocation for Unifor next year 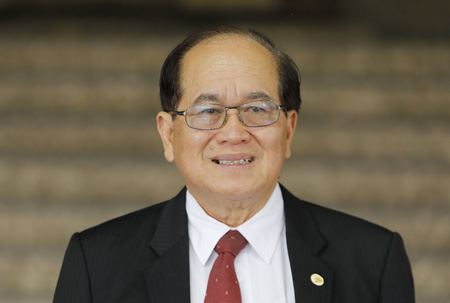 “This is certainly a great Christmas gift for all Christians and followers of other non-Islamic faiths. I wish to say a very big thank you to him. The allocation will allow Unifor to do a lot more,” he said in his Christmas message yesterday.

He added that the Sarawak government, under Gabungan parti Saraak (GPS), was doing its part to nurture Sarawak’s religious freedom by taking a step further where non-Islamic religions are assisted in their well-being and growth through Unifor.

“Unifor is a reflection of the Sarawak government’s inclusiveness policy. Grants for the physical development, repairs or renovation of various houses of worship besides securing construction site are channelled through Unifor,” he said.

Uggah, who is minister responsible for Unifor, said Abang Johari had approved RM30 million for the unit this year.

“Under the first phase of aid distribution,  RM19.1 million was disbursed for 109 projects. The second phase involving the balance of RM10.9 will be disbursed next year.

“In addition, Abang Johari under his ‘Projek Rakyat 2019’, has approved 16 other projects costing RM16.2 million.

“Next year, we will witness the earth-breaking ceremony for Unifor office complex,” he said.

Since its inception in April 2017 until October this year, Unifor has received 667 applications for assistance.

In his Christmas message, Uggah said Christmas is also a season to be jolly when Christians renew and restrengthen their faith as well as their ties and relationships with family members and everyone, incuding those of different faiths.

“In Sarawak, we have been sharing and enjoying each other’s celebrations free of prejudice, suspicion or man-made hindrances.

“Whenever we are together, we are free to pray according to our respective faith.

“We do not see any evil in greeting each other during our respective religious celebrations,” he said.