Saturday, January 23
You are at:Home»News»More projects under RTP for rural areas — Rep 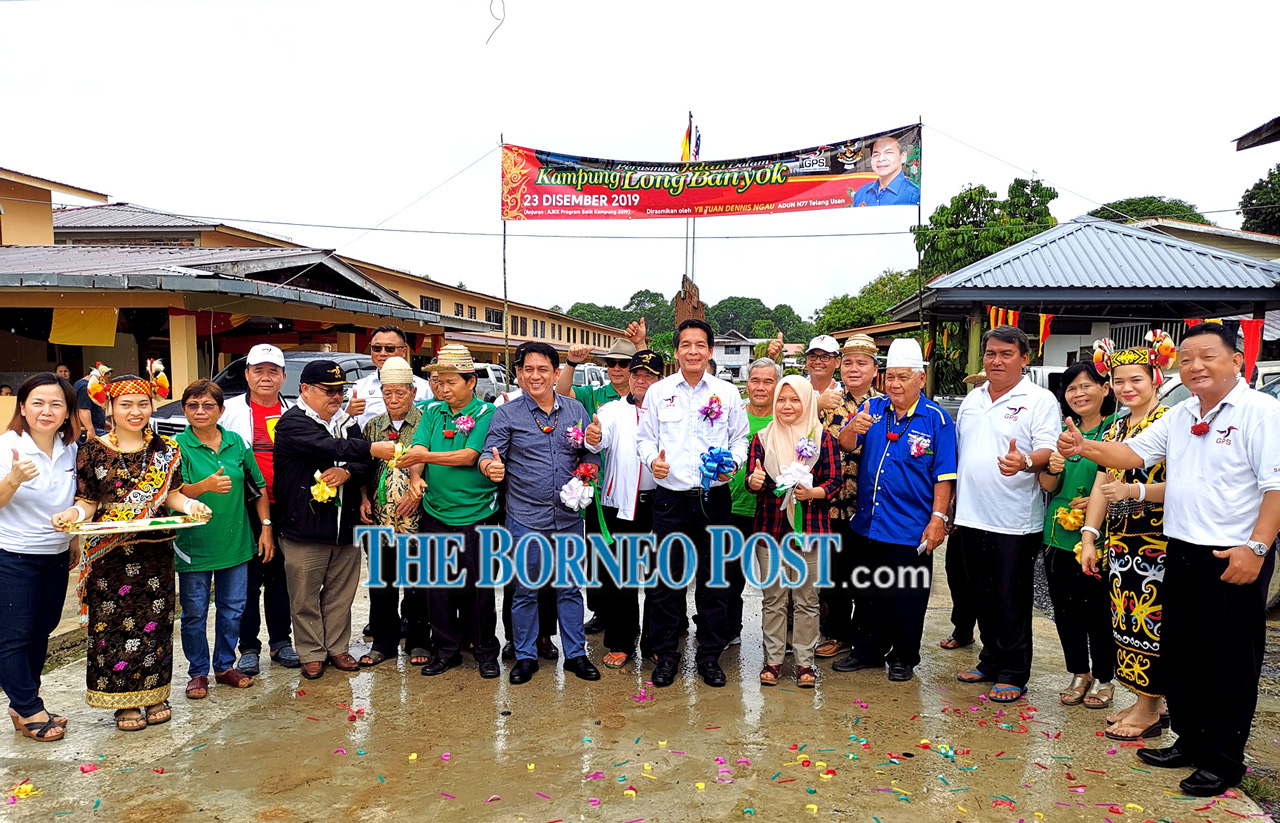 Dennis (centre) and others give their thumbs-up for the completion of new village road in Kampung Long Banyok.

MIRI: Rural folk can expect to benefit from more infrastructure development projects to be implemented under the state’s Rural Transformation Programme (RTP).

“Since 2016 until now, I’ve received a total of RM20 million for the implementation of RTP projects for my constituency and these projects indeed have changed the development landscape of the longhouses and settlements in Telang Usan.

“We thank God for giving the late Pehin Sri Adenan Satem (Tok Nan) to Sarawak and the opportunity for him to lead Sarawak as our chief minister, albeit a short period, because he was the one responsible to introduce RTP to the state – the only state in the whole of Malaysia that did it,” he said in declaring open the RM399,000 village road at Kampung Long Banyok, Telang Usan in Ulu Baram yesterday.

The RTP allocation, Dennis added, had enabled him to bring the much-needed infrastructure and amenity projects to all of the over 80 longhouses and settlements in Telang Usan, with each longhouse and settlement having received at least one RTP project such as village road, drainage, community hall and church refurbishment.

On the new village road for Kampung Long Banyok, he said this was made possible under the leadership of Chief Minister Datuk Patinggi Abang Johari Tun Openg who continued with Tok Nan’s initiatives.

“What we could have at our village and achieve today is the continuous development strategies employed by our state government. Our chief minister is working very hard with his cabinet members to bring development in Sarawak to another level.

“What we have today is the fruit of long-term strategic planning and therefore we must stay united and support the GPS (ruling coalition Gabungan Parti Sarawak). Sarawak has never experienced such a wonderful time compared to what we have today, a state government run by hundred per cent local party, allowing us to make decisions without having to ask the federal government.”