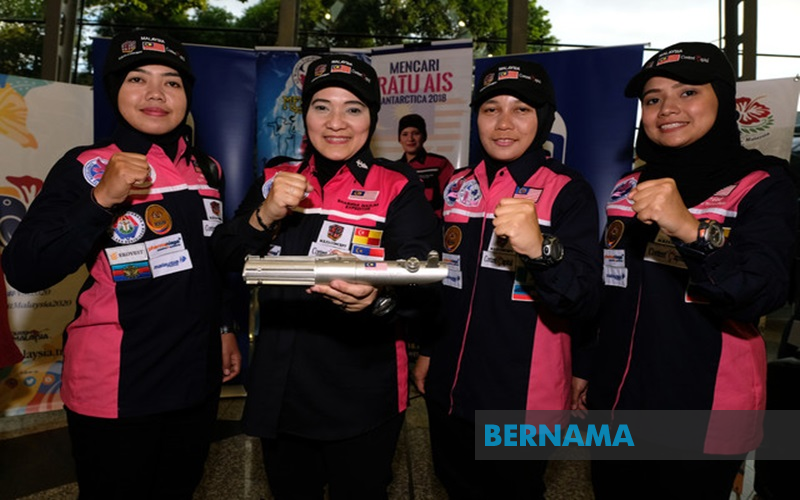 The team has managed to travel two kilometres so far, enduring temperatures of about -29 degrees Celsius. Bernama File Photo

SHAH ALAM: Members of the All Women Expedition to Antarctica (Aweta) have begun to enter the site of the South Pole.

“They have embarked on their adventure and their first journey is from 89 degrees south to the South Pole.

“So far, the team has managed to travel two kilometres and the weather there is sunny with temperature about -29 degrees Celsius,” she told Bernama when contacted today.

She said the team members were in good shape and still trying to adapt to the situation there.

The team is on a mission to retrieve and unearth a time capsule planted by Sharifah Mazlina during her first mission to Antarctica in 2004.

The location of the capsule might have changed or had submerged after 14 years of being buried in the South Pole or it might be inside the US Research Centre area.