Friday, July 1
You are at:Home»News»Sabah threatened by critical wildlife extinction 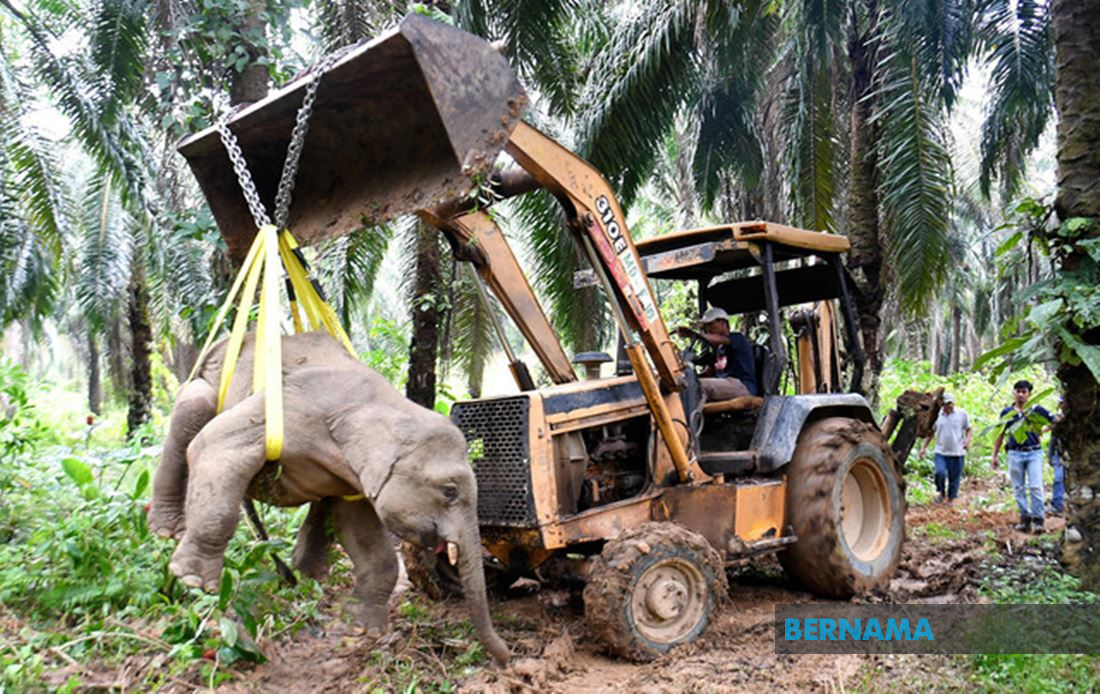 Since 2010,145 cases of elephant deaths have been recorded in Sabah, among others, due to poaching, revenge, poisoning, accidents, illnesses and the rest are unknown. Bernama Photo

KOTA KINABALU: 2019 has been a challenging year for Sabah in terms of preservation and conservation of its wildlife and environment, which has witnessed several tragic events including the threat of extinction of some of the state’s most endangered species.

This ‘Land Below the Wind” never escaped media attention on wildlife issues throughout the year.

The death of Iman, Malaysia’s last female Sumatran rhinoceros on Nov 23, was among the most devastating news announced by the Sabah Wildlife Department (JHL) a month earlier.

Sabahans were not alone in feeling the sadness of losing the female rhinoceros, most Malaysians did, and news of Iman’s passing has gained worldwide attention as it is officially extinct in Malaysia.

Iman was pronounced dead at 5.35pm at the Borneo Rhinoceros Sanctuary (BRS) at the Tabin Wildlife Reserve, Lahad Datu, which dealt a major blow to the conservation efforts of the species and other endangered wildlife.

More tragically, Iman’s death occurred about six months after the country lost Tam, the country’s last male Sumatran rhinoceros, which died of heart and lung failure on May 27.

Apart from the rhinoceros, another mammal in Sabah facing extinction is the Borneo Pygmy elephant when 24 deaths were recorded this year alone and shockingly, five elephant deaths were reported in the space of four months.

The first Borneo elephant carcass was discovered in the ravine in Sungai Udin, Dumpas, Kalabakan, Tawau on Sept 25 and JHL Sabah described the elephant’s death as a brutal killing as post-mortem results found around 70 bullets embedded in the body.

Several non-governmental organisations offered rewards of up to RM30,000 to those who could provide information and the swift response from police forces and JHL Sabah by launching Ops Khazanah, led to the detention of five locals and one illegal immigrant along with five firearms, 59 live bullets, 53 bullet shell casing and elephant tusks.

Most recently, another elephant carcass was found by a farm worker in Bakapit, Lahad Datu, on Dec 9.

Since 2010,145 cases of elephant deaths have been recorded in Sabah, among others, due to poaching, revenge, poisoning, accidents, illnesses and the rest are unknown.

The numbers recorded over the past 10 years are huge especially given the state of elephant species in Sabah that is on the verge of extinction with only about 2,000 species remaining.

It is undeniable that wildlife hunters are a major issue across the country and has received the attention of Inspector-General of Police Tan Sri Abdul Hamid Bador, who has taken drastic steps by launching “Ops Bersepadu Khazanah’ (OBK) to curb the activities of illegal poachers of tigers, pangolins, porcupines and elephants for profit.

In fact, there are VVIPs in the country having been identified to be actively involved in illegal hunting around the jungle in the Peninsula.

The war on poaching has not stopped the police from doubling their efforts in hunting down the culprits by checking on restaurants serving exotic menus of these protected animals. – Bernama

Previous ArticleChong Wei pays tribute to his coaches
Next Article PKR Sarawak will consider giving way to Bersatu for seats to contest in, says Baru