Wednesday, December 1
You are at:Home»News»Sarawak»Supermarket workers nabbed for alleged collusion in chicken theft 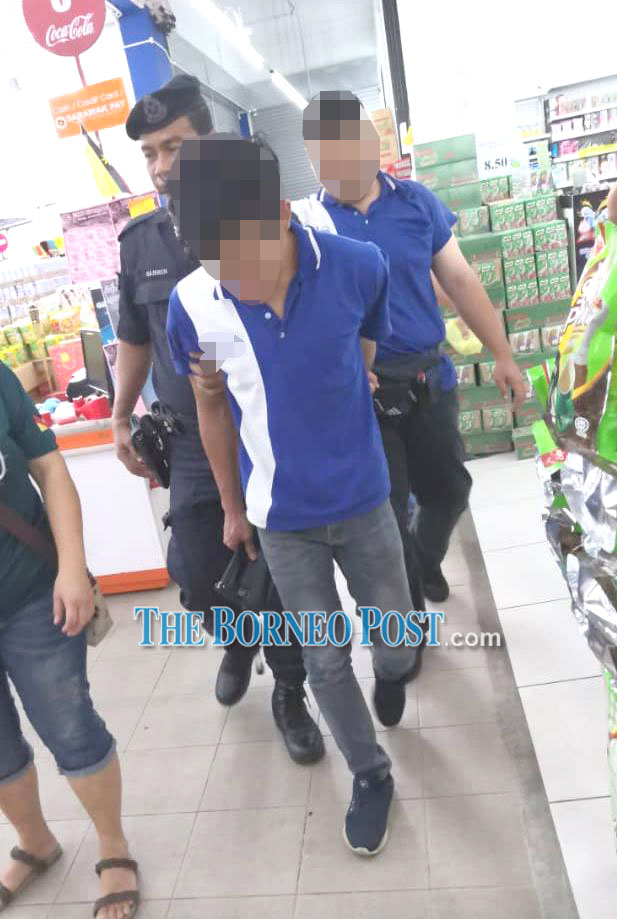 The suspects are led away by police.

KUCHING: Two workers of a supermarket in Kota Sentosa have been arrested for allegedly colluding with a lorry driver to steal chickens from their place of employment since May.

Their act was exposed after management referred to closed-circuit television (CCTV) footage to trace the disappearance of the poultry on Tuesday.

It is understood that the management’s investigation found both suspects had allegedly been communicating via WhatsApp about the theft.

“CCTV footage showed two men, who are the lorry driver and his attendant of another company, carrying two gunny sacks of chicken into a lorry at about 9.30am on Tuesday.

When contacted, the supermarket manager confirmed the incident and said a police report had been lodged at the Kota Sentosa police station.

“We suspect that they have been involved in this activity to steal chickens from the supermarket since May, though the estimated losses resulting from the actions of the suspects has not been determined,” said the manager.

He added that the police have provided good cooperation throughout the investigation of the case.