Saturday, January 25
You are at:Home»Sports»Farkhan adds IBF Intercontinental title to his collection 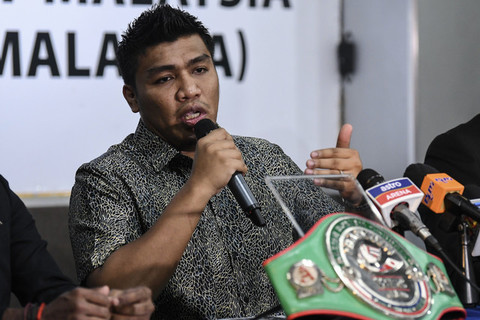 “I think this is the best gift for Malaysia. In fact before I entered the ring, I spoke to myself that I am standing here for my late father, my family, king and country,” he said.

He also said Ndomba was no pushover with 35 fights in his career.

“If we look at the record, Ndomba is far more experienced with 24 wins in which 22 were via KOs and in all he had 35 fights while I just had my 10th fight.

“Alhamdulillah I won. The solid jab on the left of his chest did the job…that’s it,” he said.

The son of former national boxer, Mohd Haron Ismail, said he will work harder next year to defend the victory.

“I will have to work harder than this, maybe two or three times more to defend this title,” he said.

He is also prepared to have a rematch with Ndomba as wanted by the boxer who is called The African Tyson.