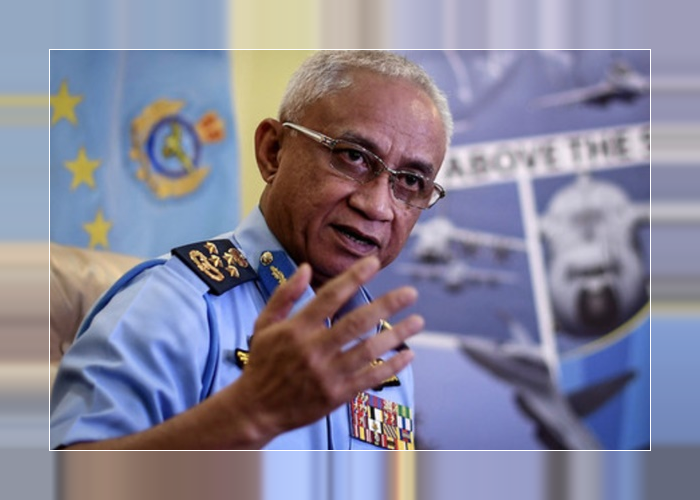 Speculation about who will be the next the Malaysian Armed Forces (ATM) chief arose after current ATM chief Gen Tan Sri Zulkifli Zainal Abidin revealed that he was set to retire soon.

“News of Affendi’s appointment is true. The assignment of duty will take place on Jan 2, 2020 at the Ministry of Defence’s headquarters,” an ATM public relations officer told The Borneo Post today.

Born in Kampung Lintang, Petra Jaya here in 1962, Affendi is the only Sarawakian to hold the highest position in the Royal Malaysian Air Force (RMAF) to date.

Affendi began his military career as a RMAF cadet officer in 1980 and received basic training at the Cadet School, Sebatang Kara, Port Dickson.

In 1981, he was selected for the Basic Training Course in flying at Alor Setar’s RMAF and was inducted into the RMAF as a Second Lieutenant in 1982.

He is experienced in operating the Aermacchi MB-339, McDonnell Douglas A-4 Skyhawk and MiG-29N and was also actively involved in airstrikes operations during the Communist Insurgency era in the late 1980s.

“Affendi is also one of the founders of ‘The Smokey Bandits’ which is an aerobatic team in 2001, that operates five MiG-29N / NUB aircrafts. He led this team throughout his service as a No17/19 Squadron Commanding Officer from 2002 to 2004,” said the source.

He also holds a Masters of Art (Strategic Studies) from Deakin University, Australia and attended the Royal College of Defence Studies (RCDS) in the United Kingdom in 2011.

According to records, the post of ATM Commander had always been filled by a top officer from the Army since 2011.

The appointment of the number one post in ATM is decided by the Malaysian Armed Forces Council, which is chaired by Defence Minister Mohamad Sabu, with the consent of the  Yang di-Pertuan Agong.