Tuesday, October 19
You are at:Home»News»36,341 children registered for Primary 1 in govt schools throughout S’wak 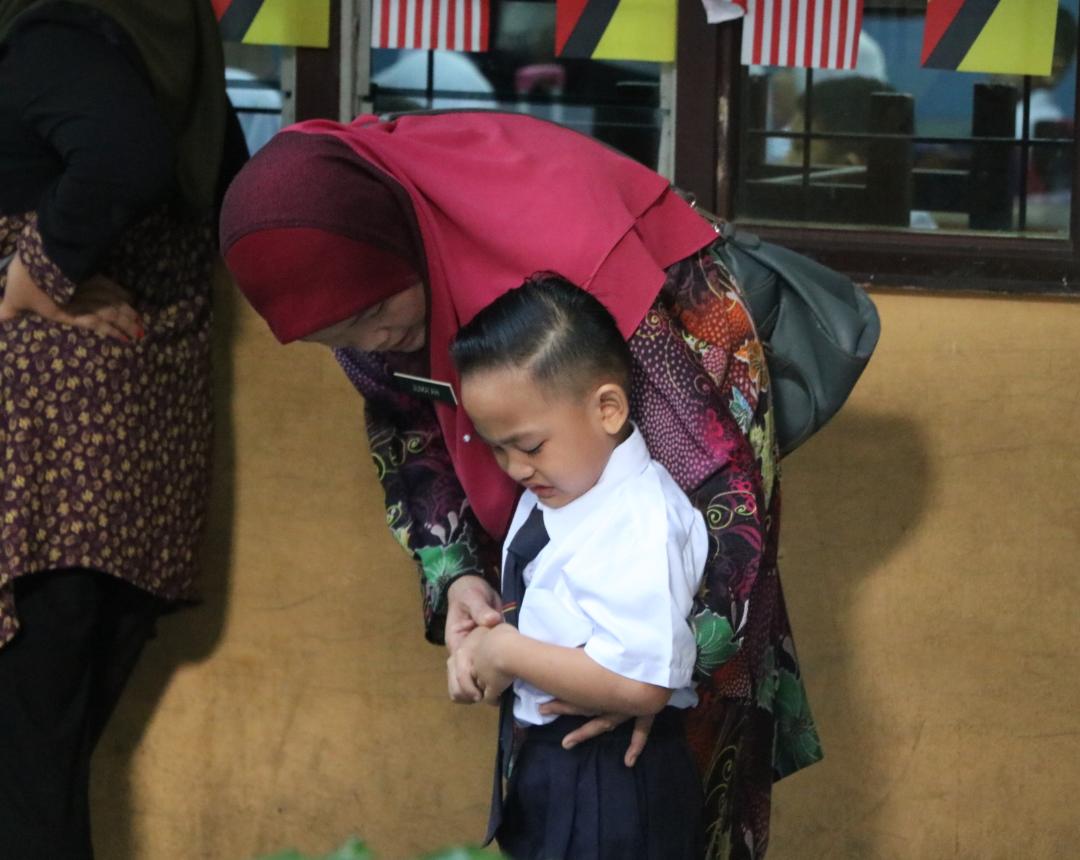 A pupil in a school in Muara Tuang near Kuching is being persuaded by his mother to attend class. — Photo by Rusnan Mustafa

He said that they were part of the total 238,183 pupils registered in 1,265 primary schools this year.

“For year 2020, there are 16 additional pre-school classes making it a total of 1,521 classes at 1,122 education institutions,” said Azhar in a statement issued today.

At the same time, Azhar said 22,959 pupils were approved to start pre-school education, not including late registration.

Meanwhile, as the state is facing monsoon season, the district education offices and schools are reminded to take precautions and follow instructions stated in the circular regarding the current monsoon season.

This is following reports on the ground that some schools are affected by floods due to increase rainfall.

Aside from that, District Education Office and School are urged to take appropriate action to implement readiness when facing natural disaster as stated in a circular.