Tuesday, October 19
You are at:Home»News»Sabah»Kimanis not like Tg Piai – Shafie 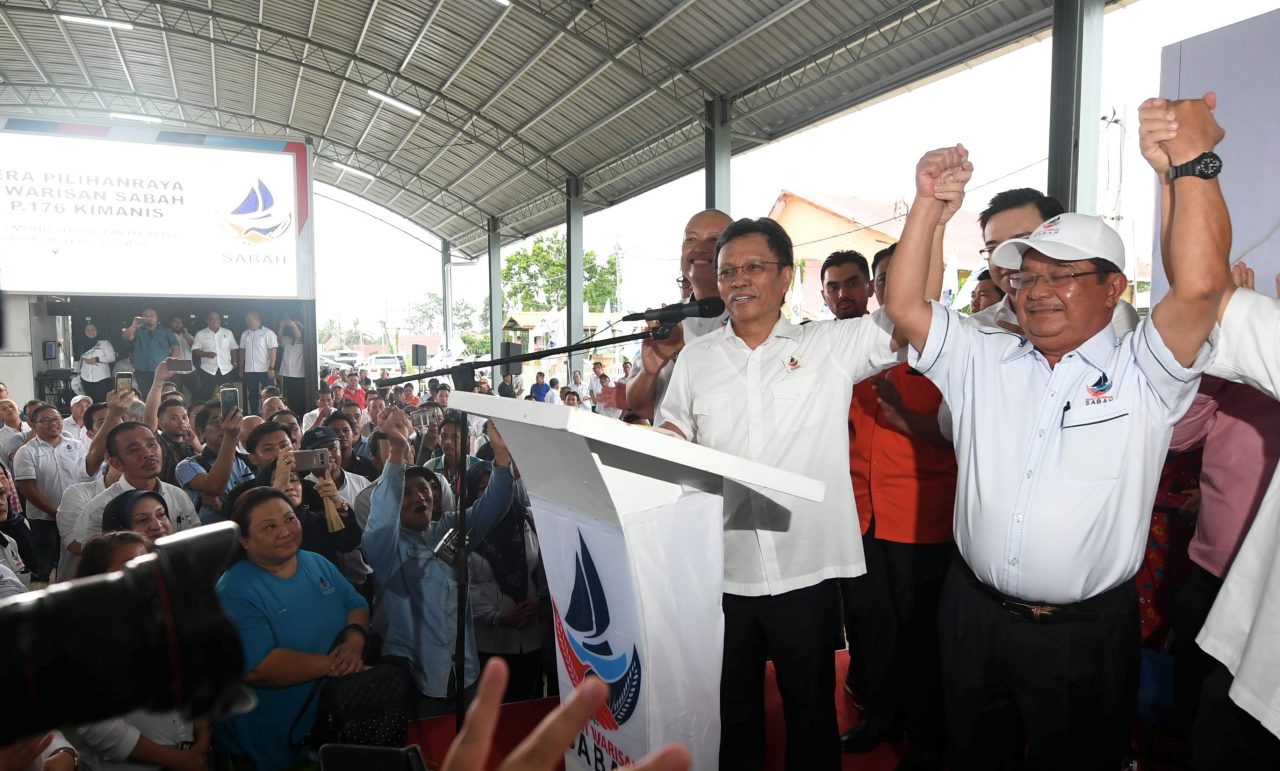 Shafie with Karim (right) after announcing the latter’s candidacy for the Kimanis by-election.

Shafie, who is Warisan president, stressed that Kimanis would not be like Tanjung Piai.

“It’s different here, it’s not Tanjung Piai. We don’t have roads. We have lots of muds and suspension bridges.

Our reality is different. We have problems with basic infrastructure, hospitals and schools, there is a lot that’s different here,” he said during the launch of Warisan’s election machinery for the Kimanis by-election yesterday

Kimanis Warisan Division chief Datuk Karim Bujang has been chosen as the party’s candidate for the by-election.

“It’s a pilihanraya kecil (by-election) but the meaning is big because it will show that Sabahans are the ones to decide the future of Sabah and not BN or Umno that decides,” he said.

Shafie said that victory in Kimanis would only be achieved with the help of all Pakatan Harapan (PH) component parties, including Parti Pribumi Bersatu Malaysia (Bersatu).

Shafie added that BN would not be able to defeat Warisan since all of the Pakatan Harapan component parties (namely Bersatu, PKR, DAP and Amanah) and Upko have pledged their full support for Warisan’s candidate.

“We know what Sabah is facing and I realise that we (the Warisan-led government) are only one year and nine months old. But even so, we are not stupid,” he told the crowd.

Speaking to reporters after the event, Shafie pointed out that Karim is an experienced leader.

He said that since Karim was the one who brought the election petition, it is only right for him to be given the chance to contest for the seat once again.

Shafie also said that he had informed the Kimanis district officer not to limit BN’s campaigning activities in Kimanis.

The machinery committee is also comprised of Upko, DAP, PKR and Amanah members.

The Federal Court on December 1 last year had upheld the Kota Kinabalu Election Court’s decision to nullify Datuk Anifah Aman’s victory in the contest for the Kimanis seat in the 14th general election.

The Kota Kinabalu Election Court arrived at the decision on August 16 last year after finding that there were additional ballots that could have affected the result.

Anifah had polled 11,942 votes in the three-cornered fight. The other candidate from Parti Harapan Rakyat Sabah, managed to secure 1,300 votes.