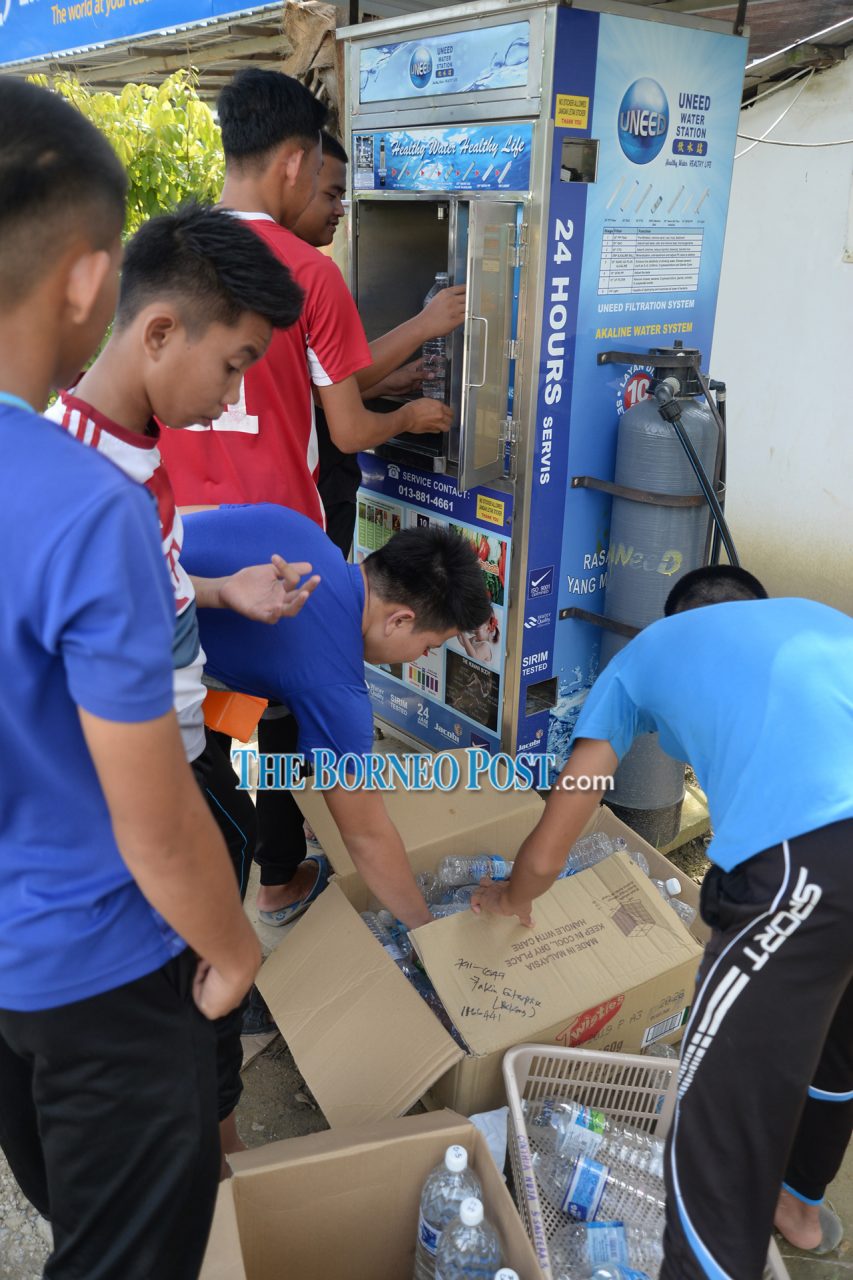 MIRI: Assistant Minister of Local Government Datu Dr Penguang Manggil has urged the Rural Water Supply Department (JALB) to act immediately and solve the problem of murky and smelly tap water which is plaguing residents of Beluru in Bakong.

Dr Penguang said he is fully aware of the problem and had informed JALB immediately after he received complaint on the matter from residents there.

“I believe that JALB has an existing SOP (standard operating procedure) and the Sarawak civil service motto of a ‘world class’ civil service.

“Therefore, they should tackle such problem immediately upon receiving a report from the ground and don’t just sit on the problem.

“In fact I had informed JALB Miri on the problem many times and requested that the problem be rectified urgently, but to my disappointment, no action was taken,” he remarked.

Teachers and students of SMK Bakong have been depending on the roadside water kiosk near Beluru town for their daily water supply over the past four days.

More than 300 students from the secondary school as well as SK Beluru are facing problem in getting potable water supply, as the taps there only dispense smelly yellowish water.

Ketua Kaum (headman) of Kampung Melayu Beluru, Jeparali Tiong, said the problem of smelly, yellow water coming out of the taps was also affecting the residents in the Bakong area, and the problem have been on-going for about a month.

Following the issue raised by Japerali, Dr Penguang said he had contacted the Director of JALB, Chang Kuet Shian as well as the Permanent Secretary of Ministry of Utility, Dato Alice Jawan.

“I’ve contacted Mr Chang and Dato Alice to respond and explain to the people in my constituency (N76 Marudi), especially those in areas affected by the water woes.

“They need to make good the said problem as soon as possible, and to live up to the motto of the Sarawak Civil Service of a world class civil service,” said Dr Penguang further.

Meanwhile, the tap water at SMK Bakong and its surrounding area was still dispensing yellowish smelly water this morning.

However, the supply was suddenly cut off around noon time and had not return when this news was written (about 3pm)

The students as well as residents in the expected areas are urging the authority concern to act immediately and solve the problem as it was affecting their livelihood.

At the moment, most boarding students of SMK Bakong and SK Beluru are relying on water from a self-service water kiosk by the road leading to Lapok town, about one kilometre from the school.

Another alternative is to buy bottled water which are priced at RM10 per carton, but this can be a financial burden to those who could not afford it.