Tuesday, October 19
You are at:Home»News»Sabah»RM3 mln to upgrade basic facilities in 10 villages 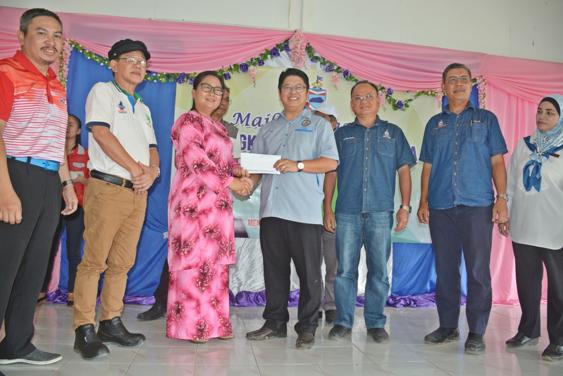 KOTA KINABALU: The Rural Development Ministry (KPLB) has provided an allocation of RM3 million to upgrade the basic infrastructure facilities in 10 villages throughout Sabah this year.

Its minister, Datuk Ewon Benedick, said the first village chosen under the program as the Kampung Sejahtera this year is Kampung Tiong Baru Membakut, which was selected based on basic development needs of the village that is still facing various issues including no electricity and treated water supply.

He added, as per the target of 10 villages under the Kampung Sejahtera program annually, Ewon said the other nine villages identified are located in Kota Belud, Keningau, Nabawan and Paitan.

Ewon, who is also Kadamaian state assemblyman, said KPLB had implemented the program in 60 villages statewide since its establishment in 2010.

“By the end of 2020, we expect to establish 70 Kampung Sejahtera as our target are 10 villages each year to ensure the people living in the remote areas of the state can enjoy basic facilities like roads, electricity and water supply,” he said.

“However, at the beginning of the program implementation, not many villages were selected as we have not seen its effectiveness.

“If we find that the program is good and can help solve the basic infrastructure problems of the selected village then the allocation will be increased every year,” he explained to the press when met after officiating at the Kampung Sejahtera Workshop at the Kampung Tiong Baru Hall in Membakut here on Friday.

Ewon said the KPLB program was aimed at gradual development of basic facilities and socioeconomic situation in rural and remote Sabah.

Although Kampung Tiong Baru already has a good road compared to other villages, there are still other issues such as economic development,” he said.

“That is, we also work with various relevant state and federal ministries, departments and agencies including the Agriculture Department to help implement economic development programs.

“One of the economic development programs that we have identified for the Kampung Tiong Baru people is to expand existing activities such planting of black pepper, rubber and vegetables to increase their income,” he added.

Earlier during the ceremony, Ewon announced a RM100,000 allocation to upgrade roads to the Kampung Tiong Baru Church, community hall and build a bus stop.