Tuesday, July 7
You are at:Home»Features»Society’s role in checking suicide 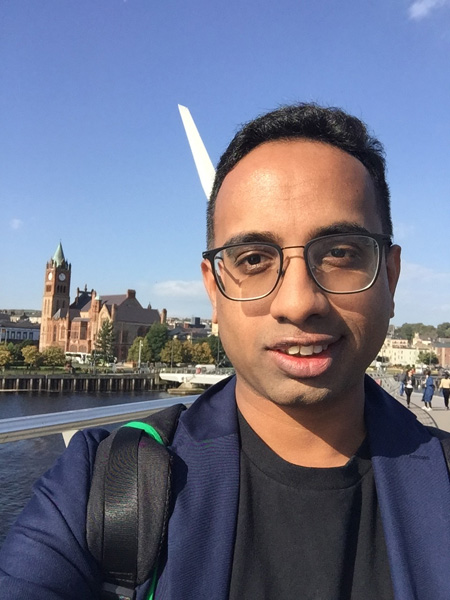 BASED on the 2017 National Health and Morbidity Study, there has been a rising trend in suicidal behavior among youths aged 13 to 17.

The most recent suicide incident, involving youths in the country, claimed the life of a 15-year-old student in Miri.

However, suicide victims are not only young people.

Anyone, regardless of age, race and religion, could be affected, opined Dr Ravivarma Rao, a mental health professional at Miri General Hospital.

He said it’s important to know when and where to seek help if one were having suicidal thoughts.

Indeed, understanding the causes associated with suicide, the signs of suicidal behaviour and mental illnesses such as depression can help prevent deaths by suicide.

“Suicide rates are changing worldwide – up in some places and down in others. But the real problem is we don’t have accurate information probably because of the taboo surrounding suicide,” Dr Ravi noted.

He explained that many people did not want to report suicide, especially when it involved family because of shame, misinformation and myths.

“There seems to be a lot of misinformation and myths being propagated about suicide. One thing I often hear is that when we talk about suicide, people will have more tendency to commit suicide — which is not true.”

He said suicides may be caused by many factors which were often complex, adding that people facing stresses of living – even without being diagnosed with a mental illness — may also think of ending their lives.

“Some studies show sudden famines or crop failures have caused an increase in the suicide rate. This is not to say crop failures per se will cause people to die by suicide as poverty and the buildup of other stress factors could also be involved.

“On closer look, it isn’t just one thing that triggers suicide but many. So it’s inaccurate to say a person died by suicide because of an “X” factor. There’s no evidence to show one sole factor has led to that end.”

Dr Ravi stressed when society, the media in particular, portrayed someone dying by suicide as being due to a single cause, others with similar problems would be presented with a thought that dying by suicide could be an option.

As such, he believes information dissiminated to the public must be accurate.

Is it possible to prevent suicide?

“We can learn to recognise the behaviours and signs of suicidal tendencies to help us take the necessary precaution and remedy. One of the first things is to talk about it,” Dr Ravi opined.

“This is not true at all. When people experience suicidal thoughts, they feel alone, trapped and hopeless, and they perceive there’s no way out except death. But when you talk about it to them, what happens is that they feel empathy and that they are not alone.

“Hence, the role of every sector of society – schools, community, religious leaders, social welfare agencies, judicial system and most importantly, family, friends or even colleagues, is vital in reaching out to prevent suicides.

“The most important thing is to listen. You shouldn’t shut depressed people out if they come to you to share their thoughts or problems. Sit and listen. Sometimes it’s better not to advise.

“So many people have been or are suffering in silence. Why? Not because they aren’t willing to talk but because there are no listening ears to safely share. When we talk about suicide, we must be ready to listen without judgment.”

Dr Ravi said it’s crucial to use language that is sensitive without sounding dismissive as suicidal behavior is often a cry for help, and expressing your concern is a good way to start.

He pointed out that words matter and the more open and safe the conversation, the more likely people could offer or seek help.

Other than talking about suicide, the ability to recognise the signs of depression or mental illnesses is also crucial.

“Psychosis is a serious mental state where one isn’t able to perceive reality correctly due to the presence of hallucinations or delusions.

“It’s important to note people experiencing psychosis are often misunderstood and suicidal risks could be missed. Suicidal thinking happens in severe state of both of these conditions.”

According to Dr Ravi, suicide can happen to anyone – young and elderly. What’s important is we do not ignore any suicidal signs or behaviours.

Some people will explicitly tell others they do not feel like living anymore while others may express suicidal ideas.

But there are also situations where people will indirectly foreshadow their death — normally using language to the effect that there will be a time when they will no longer be around.

“Some will start settling their affairs with family and over property such as making a will and gifting prized possessions.

“At times, people at risk of suicide will noticeably isolate themselves from society and shun gatherings. They can also be taking more alcohol than usual or abusing illicit substances.

“Signs of drastic change in demeanor can emerge as well such as being too cheerful when they weren’t previously.”

Dr Ravi said what made suicides so tragic was that they left behind survivors.

“According to research, some 135 people are affected by one suicide. The survivors can be families, friends or colleagues and that number translates into a total of 108 million people worldwide, affected annually by suicides.

“When suicides occur, many survivors will feel guilty for not knowing the signs or not doing enough to prevent them.”

Dr Ravi said sometimes things happened and you weren’t at fault when someone died.

“Remember, suicide is not caused by any one person or one reason. What you should do is learn to recognise the signs and act so that if you come across someone in need of help, you will be cognizant of the situation and lend a hand.”

There’s hope for those with mental health issues or suicidal thoughts. Seeking help is often the first step to getting and staying well but it can be hard to know how to start, especially on who or where to turn to.

Dr Ravi said unlike before where help was scarce, today, there are many professionals in government and private hospitals and non-governmental organisations (NGOs) offering various support such as helplines, specialist mental health services, peer support and many others.

“In schools, for instance, students facing problems or having suicidal thoughts can meet their school counsellor.

“Counsellors offer professional and sensitive support which can extend to professional mental health services, if needed.”

One of the most common questions is when to seek professional help?

Dr Ravi said if one were having suicidal thoughts or depression, it was a sign that should never be ignored.

Pointing out that it was always good to be cautious, he said seeking professional help would be best for those having suicidal thoughts “as there are hopes of getting better.”

Among the places they could go to for help were government hospitals or clinics or private hospitals, he said.

“If in a crisis, one should immediately seek help in any hospital emergency department. Besides hospitals, one can seek mental health services through one’s GPs or the nearest government health clinic (Klinik Kesihatan).

“If required, make an appointment at a specialist psychiatry clinic in government hospitals. Depending on locality, private mental health services such as private psychiatrists and clinical psychologists are also an option.”

In Miri, the community’s mental health centre operates from Rumah Kenyalang every Wednesday and Thursday during office hours. Appointments can be made via phone on 085-415199 or WhatsApp at 011-10567862.