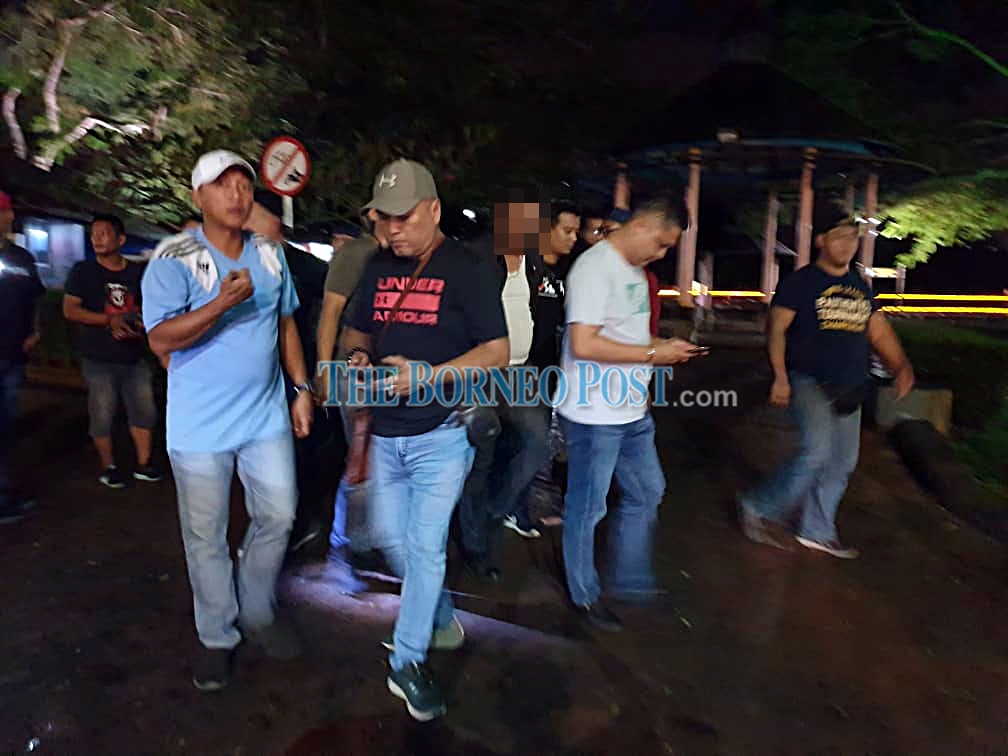 Aidil (left) leading the arrest of the suspect early this morning.

KUCHING: A male suspect who crashed a hijacked garbage truck into the house of a police personnel in Batu Kawa yesterday was arrested early this morning.

Padawan District police chief Supt Aidil Bolhassan who confirmed the arrest, said the 36-year-old suspect was arrested at the Kuching Waterfront around 1am.

“The suspect, who works as a labourer at a construction site, admitted to the crime when questioned,” said Aidil in a statement today.

According to him, the suspect rented a car which he used to blocked the moving garbage truck before proceeding to hijack it.

The case will be investigated under Section 307 and Section 427 of the Penal Code.

Yesterday, the suspect in a fit of rage crashed into the gate and house of a 36-year-old police corporal with the garbage truck around 1.30pm.

The suspect claimed that the corporal had influenced his wife to lodge a police report over their marriage problems.

“The suspect when checked also had 25 past criminal cases,” said Aidil.

Also seized by the police during the arrest was a folding knife and a smartphone belonging to the suspect.