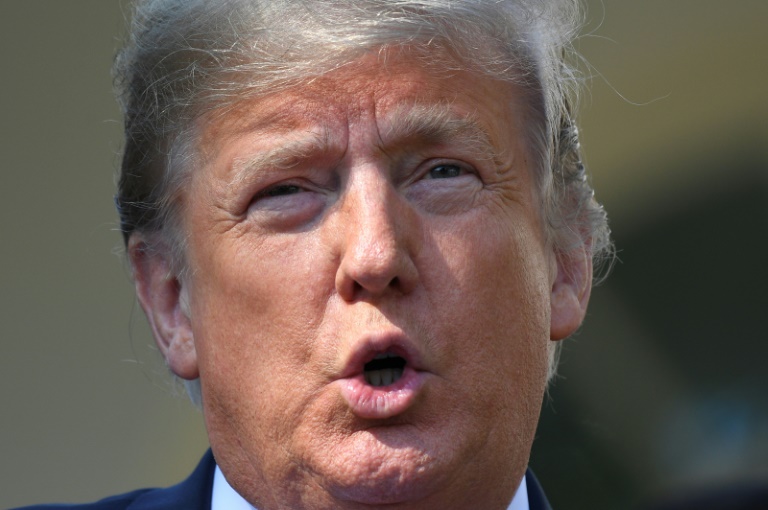 US President Donald Trump, pictured at the White House in 2018, accuses the media of bias against him. – AFP file photo

President Donald Trump boasted Monday that Facebook CEO Mark Zuckerberg told him at dinner he is “number one” on the global social media platform.

“I had dinner with Mark Zuckerberg the other day and he said ‘I’d like to congratulate you… you are number one on Facebook,'” Trump said.

The president, speaking in a live interview with right-wing radio talk show host Rush Limbaugh, did not specify when the dinner happened.

A spokesman for Facebook said the last such dinner took place in October.

The president noted the importance of social media to his messaging, which depends on bypassing much of the professional news media, which he accuses of bias against him.

Trump, who has nearly 70 million followers on Twitter, told Limbaugh that without the platform, “I think we’d be lost.”

“We wouldn’t be able to get the truth out,” he said.

US social media platforms have come under criticism for enabling misinformation and fake news in the build-up to the 2020 presidential election.

Both those platforms have responded by saying they will not attempt to weed out lies from politicians because their statements fall under the category of “newsworthy” content.

Trump is number one on Facebook in terms of political ad spending, leading to accusations that the company is unduly influenced by the Republican.

At the October dinner at the White House, Trump and Zuckerberg were reportedly joined by Facebook board member Peter Thiel.

“What did they talk about?” Warren tweeted. – AFP

Previous ArticlePolice to act against civil servants on drugs
Next Article Customs seizes contraband cigarettes, alcoholic beverages worth over RM13,000 in Bintulu