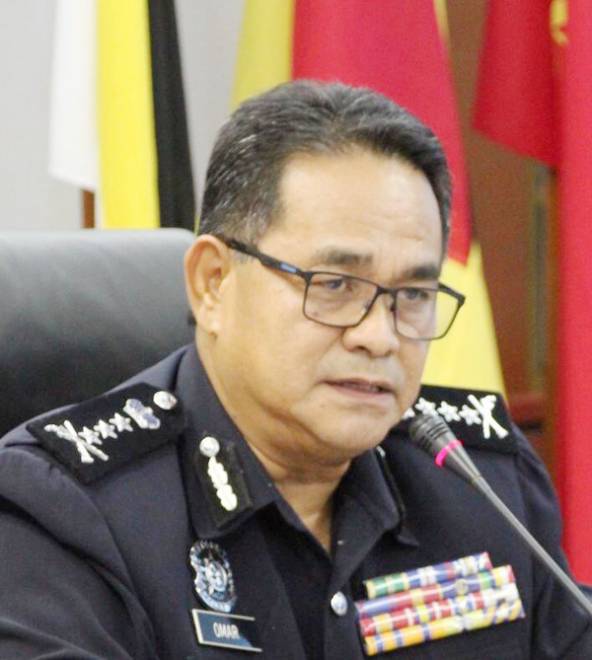 KOTA KINABALU: March 2019 was the busiest month for the Sabah police when their made back-to-back arrests of individuals involved in Daesh militant activities.

Sabah Police Commissioner Datuk Omar Mammah (pic) said between January and September of 2019, a total of 18 people, including locals, were arrested by police for their involvement in Daesh militant activity.

“January 2019 saw one foreign person arrested by police for militant activity, followed by 13 arrests made in March involving 12 Philippines nationals and a local.

“Two Indonesians were separately arrested for militant activity in May and July, while two locals were detained for their involvement in Daesh in September,” said Omar at a press conference yesterday.

Omar added that the district of Tambunan recorded the highest arrests with seven, followed by Semporna with six, Keningau with three, and Kota Kinabalu and Tenom with one each.

“To address the militant threats especially kidnapping in Sabah, our special forces will continue to monitor and detect movements of kidnap-for-ransom (KFR) groups or Abu Sayyaf group that are infiltrating Sabah’s east coast.

“Based on our latest information, KFR and Abu Sayyaf groups have been detected moving between Pulau Andulingan and Pulau Sitangkai, which is the closest to Lahad Datu and they are armed with firearms,” he said.

Omar added that the Moro National Liberation Front (MNLF) is currently recruiting new members in the southern Philippines, believed to strengthen the group following geo-political changes in the Mindanao region.

“We are monitoring this development closely as it is important to Sabah’s security.

“We will increase our intelligence to monitor the Deash militants who may have retaliated following the death of their leader, Abu Bakar Al-Baghdadi, during a US military operation in Syria last October,” said Omar.