Saturday, December 4
You are at:Home»News»Crime»Teacher loses control of truck, rams into 9 other cars at Jalan Wan Alwi traffic lights 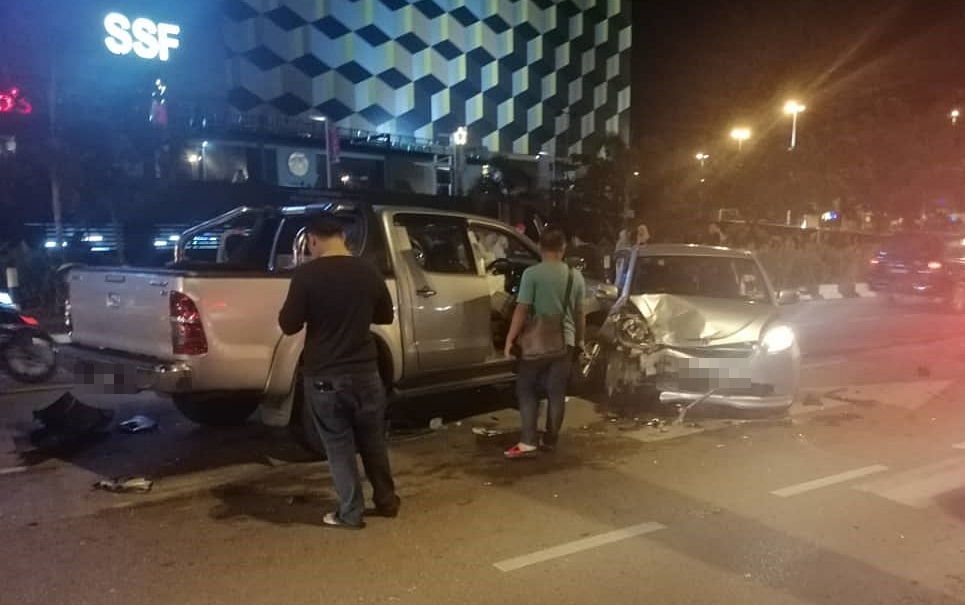 KUCHING: A 47-year-old teacher was slapped with a RM300 fine when he crashed his pick-up truck into nine other vehicles while exiting a mall at Jalan Wan Alwi at around 10.30pm last night.

“The nine other vehicles were stopped at the traffic lights when the pick-up truck crashed into them. Nobody was injured in the accident,” said Alexson in a statement today.

It was also revealed that the teacher was heading to Tabuan Park when he allegedly lost control of his vehicle.

The other vehicles were driven by eight male and one female drivers aged between 19 to 66-years-old.

“The police have also interviewed all those involved and conducted their investigation at the scene of the accident,” he added.