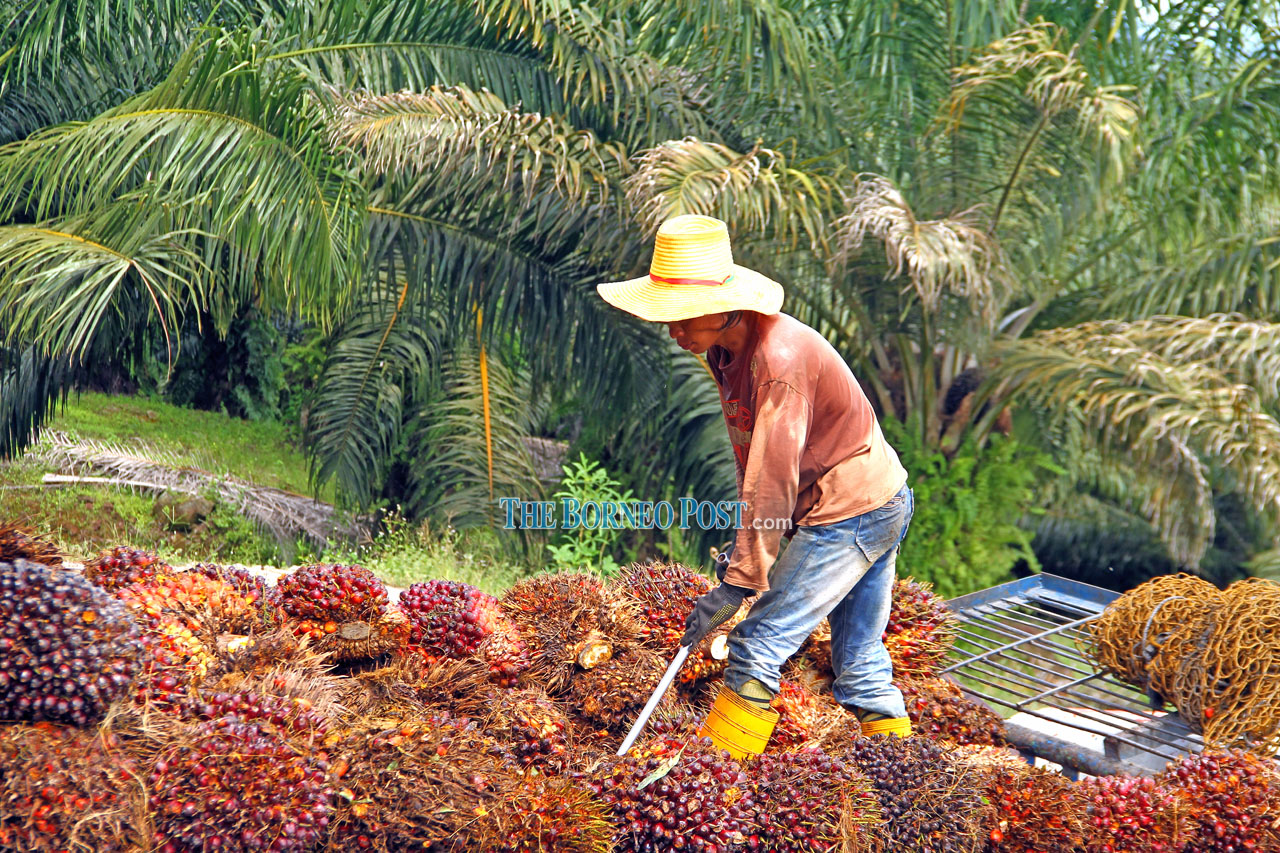 Currently, the palm oil industry in Sarawak continues to face acute workers shortage due to expanded planted areas in the last 5-10 years and a sizable hectarage coming to maturity now which the industry needs more harvesters. — File photo by Chimon Upon

KUCHING: The recent increase in the minimum wage as announced by the government from RM1,100 to RM1,200 for 57 major cities and towns throughout Malaysia from January 1, 2020 onwards is a major concern for the palm oil industry in Sarawak.

This comes as the rapid minimum wage increases over the last three years from RM920 to RM1,200 will drive cost of CPO production up as this added on fixed cost of basic wage does not commensurate with increase in work productivity, says the Sarawak Oil Palm Plantation Owners Association (Soppoa).

“The increase in wages will make the industry less competitive and could lead to business closures, resulting in workers losing their jobs and livelihood,” it forewarned in a statement yesterday.

“It should also be noted that when wages are increased in cities and towns, the rural working population will opt to migrate to these areas for a comparatively higher pay which will further aggravate rural agriculture industries like palm oil which is already facing severe workers shortage.

“Government policies should focus on creating job opportunities in rural areas to ensure that people located there will continue to prosper rather than having to migrate to urban centres.”

Furthermore, Soppoa says the move to further increase the minimum wage to RM1,500 in the near future as announced by MOHR will only burden the business sectors and will cause the industries to lose their global competitiveness and unable to contribute significantly to the country economy in the long run.

The association said the increase in wages should have been done with prior collective inputs from all relevant stakeholders and comprehensive studies on socio-economic impacts of such wage increases, especially in Sarawak.

“Currently, the palm oil industry in Sarawak continues to face acute workers shortage due to expanded planted areas in the last 5-10 years and a sizable hectarage coming to maturity now which the industry needs more harvesters.

“The dependency from a single source of workers from Indonesia alone for the palm oil industry in Sarawak is a limiting factor for employers to hire neighboring foreign workers as they are not readily available due to high demand in their own palm oil industry and other economic activities.

“Therefore, other avenues of sourcing from other foreign workers apart from Indonesians should be made available by the government and this should be expediated by streamlining the relevant government agencies to reduce bureaucracies to enable recruitment of foreign workers within maximum of one month duration as compared to present three to six months.

“It is critical time now for the industry to hire more harvesters to cope with increasing crop volume and better higher CPO prices which the industry cannot afford to lose again, especially so after 2 years of depressing CPO prices.”

The acute shortage of workers, Soppoa said, has resulted in poor crop recovery from the harvesting operations as the harvesting intervals are being extended from 25-40 days or more instead of the normal 10-12 days cycle, hence incurring crop losses and substantial monetary loss in revenue for both the industry and Government alike.

“Low CPO prices over the last 2 years also adversely affected many palm oil companies to incur business losses and the industry is still recovering from the earlier depressed CPO prices.

“The delays in fertilisers application and field husbandry work has reflected in lower yields achieved so far due to lesser agronomy inputs during the low CPO prices and hence need more time to recover and stabilise for the plantation sector.

“Thus, Soppoa requests that the government should defer any increase in wages of any kind including minimum wage for Sarawak as most industries have suffered considerably during the country economic slowdown over the last two years.”