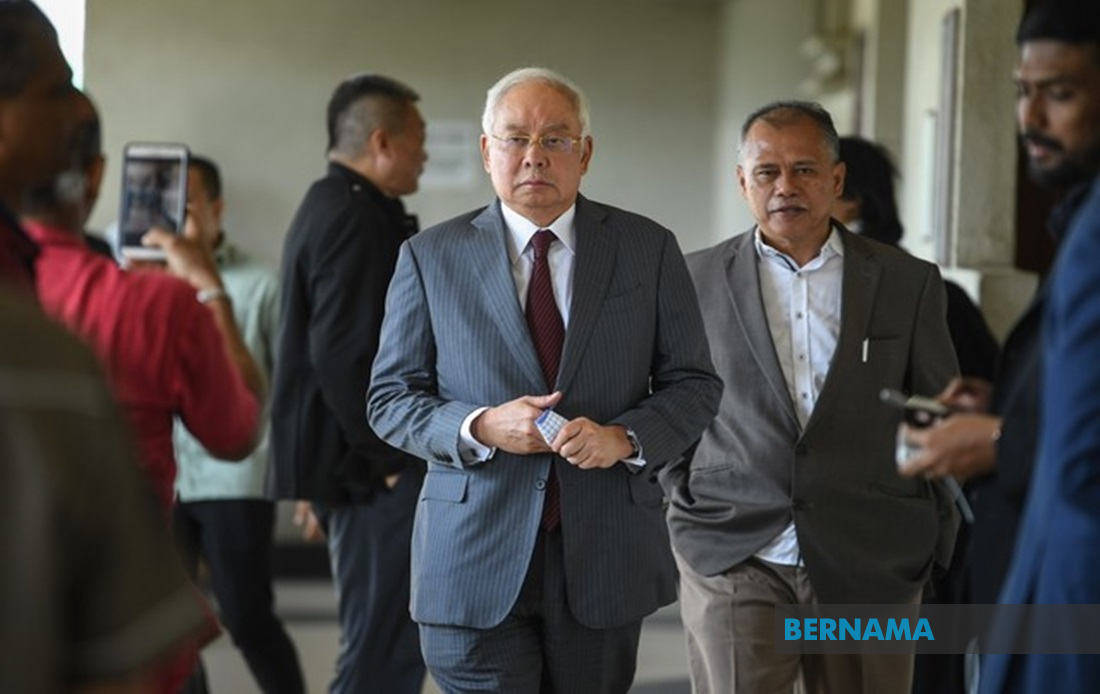 The 67-year-old former prime minister said the purchase was made at a jewellery boutique in August 2014 as a gift to a wife of a foreign dignitary. Bernama Photo

The 67-year-old former prime minister said the purchase was made at a jewellery boutique in August 2014 as a gift to a wife of a foreign dignitary.

When cross-examined by ad-hoc prosecutor, Datuk V. Sithambaram, Najib said he had asked his wife to make the purchase.

Najib had previously told the court that he spent the amount for a jewellery purchase.

Questioned by Sithambaram on the number of jewellery pieces that were actually bought at the boutique, Najib said, “It was a piece of jewellery”.

Sithambaram then asked Najib, who was also former finance minister, to refer to his bank statement, dated September 2014, which listed the purchase of 10 items from the boutique.

After referring to the statement, Najib then said it looked like it was a set of jewellery.

“Looks like it is a set. But I have to check with my wife. She purchased the item,” said Najib.

Sithambaram: Yes, only a woman knows what another woman likes (with laughter).

Asked who handed over the gift to the foreign dignitary’s wife, Najib said it was sent through a protocol officer and that was a normal practice.

To another question, Najib said he could not recall if the purported billions of ringgit in donation that was received from the Saudi royal family was used for relief efforts in the 2014 Kelantan floods.

The Pekan Member of Parliament also testified that his personal credit card spending of thousands of ringgit was not significant in light of the donation he received from the Saudi royal family.

Earlier, Najib was grilled by Sithambaram over numerous personal spending of thousands of ringgit in his credit card statement.

During the last proceeding, Najib said that the only significant personal spending charged to his credit card was the purchase of a RM466,330.11 Chanel watch for his wife Rosmah.

Sithambaram: I put it to you that your statement that the luxury watch was your only personal spending is not correct.

Najib: I have to qualify that the watch was substantial. The other expenditures are not significant.

Sithambaram: Still, there were other (thousands of ringgit) expenditure including hotel stays in Rome, Bali and Bangkok.

Najib: Yes, but they were not significant.

Sithambaram: Not significant based on the Arab donation?

Sithambaram: Significant for other people.

Najib is making his defence on seven charges of misappropriating RM42 million in SRC International funds, comprising three counts of criminal breach of trust, three counts of money laundering and one count of abuse of position in relation to the SRC funds.