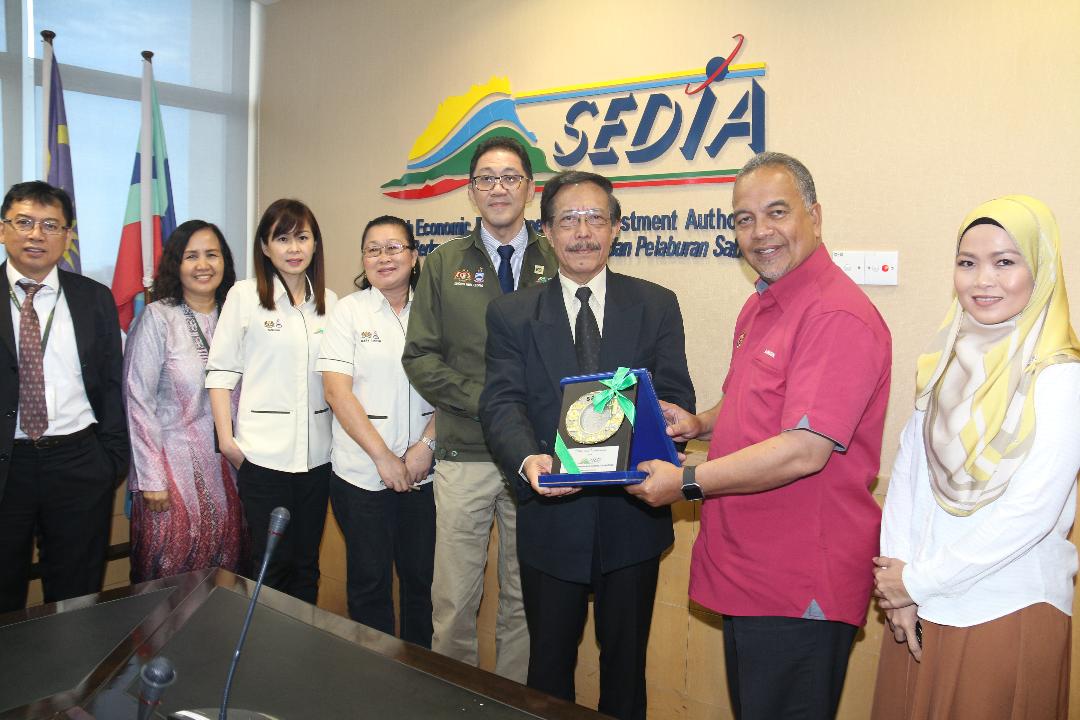 Amiruddin began his meeting with Sedia at the site for the Kota Kinabalu walkway and cycleway project, followed by a briefing at Kota Kinabalu City Hall (DBKK) and finally concluding with a discussion on Sabah Development Corridor (SDC) projects at Wisma Sedia.

The deputy minister and his delegation were given a cycling tour of the walkway and cycleway, and was briefed at DBKK by the project contractor.

The project was initiated through SDC with the objective of promoting a healthier lifestyle for residents of Kota Kinabalu and is the state’s first recreational network, which upon completion, spans approximately 16.1 kilometres and covers coastal areas.

The project provides bicycle and pedestrian tracks, track lights and closed-circuit cameras, which are decorated with soft landscapes.

The discussion covered several SDC projects and initiatives, as well as programmes to develop entrepreneurship and human capital in Sabah.

Following a review of the roles of all government agencies and statutory bodies by the Federal government, the authorities for the five economic corridors have been placed under the Ministry of Finance.

Sedia’s first engagement with the Ministry of Finance following the change of administration was to collaborate on holding a Budget 2020 dialogue session in Sabah with Finance Minister Lim Guan Eng on September 17, 2019.

As the one-stop authority tasked with implementing SDC, Sedia is ready to provide its full cooperation with the relevant stakeholders in order to realise the continued success of all SDC projects, programmes and initiatives.

Sedia was established in 2009 as the one-stop authority to plan, coordinate, promote and accelerate the development of SDC.

SDC had entered into its third phase of implementation in 2016, and Sedia has adopted a more focused and targeted approach in attracting quality investments in new growth areas, especially in service-based, innovation-led and knowledge-intensive industries including in Industry 4.0.

As Sedia reached the 10-year mark in 2019, it is timely for the one-stop authority for SDC to review its direction as well as the SDC Blueprint v2.0, in line with the vision and agenda of the State and Federal Governments towards achieving Shared Prosperity Vision 2030.

SDC development efforts moving forward will give priority to the development of critical infrastructure to facilitate sea, air and road connectivity, and internet broadband, as well as economic clusters to reduce regional imbalance.

In preparation for Industry 4.0, focus will also be emphasised towards human capital development, including entrepreneurship to produce a skilled and talented workforce that stimulates innovation such as through research programmes, product development and commercialisation, and TVET programmes.