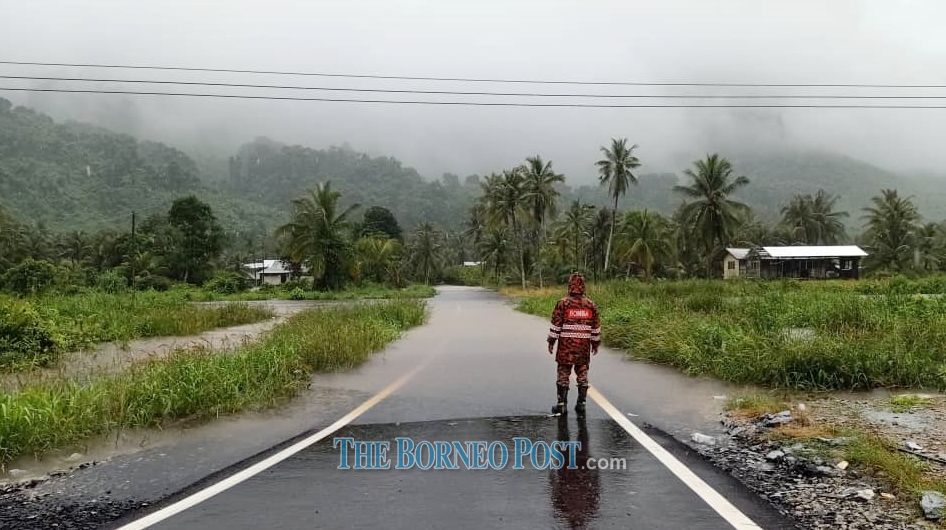 KUCHING: Continuous downpour since early this morning have caused a six low lying areas in Sebuyau to be inundated by flash floods as of 2pm today.

As of 2pm, a family of four from Kampung Lunying have relocated to a relative’s house as the floodwaters have entered their home.

However, the water levels are slowly receding due to the improving weather conditions.

It is believed that the areas were inundated by floods due to overflowing rainwater from the nearby hills.

At each affected village, firefighters have advised villagers to relocate to higher ground if the water level continues to increase.